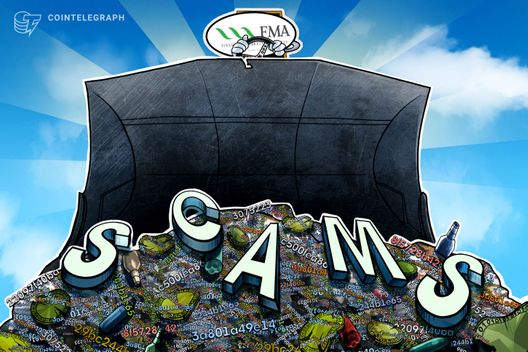 OneLife Network Limited and its associated entity OneCoin Limited were added to the list because they “bear the characteristics of a scam” and promise unrealistic returns. Moreover, the FMA has learned that the mentioned companies are holding promo events in New Zealand and offering investments, thus breaching the country’s laws by acting as unregistered financial services.

Another crypto company, Bitcoin Revolution Limited, was suspected of being involved in a scam as well. As Finance Magnates reports, the crypto trading firm made suspicious claims on its website, such as “Earn up to $1000 per hour or more, starting today.”

Moreover, the FMA recalled its October warning, reminding the public that Bitcoin Revolution Limited falsely claimed that the country’s current or former prime ministers and Treasury officials were investing in Bitcoin (BTC).

As Cointelegraph wrote before, in late 2017, former New Zealand prime minister Sir John Key was rumored on social media to hold $300 million in BTC from his initial investment of $1,000. Key later denied this information and said that the initial news was posted by a fake website pretending to be the New Zealand Herald — the largest newspaper in country.

In October and November, the FMA also blacklisted several crypto-related companies, mostly for promising unrealistic returns or failing to get a required certificate of incorporation from local authorities.