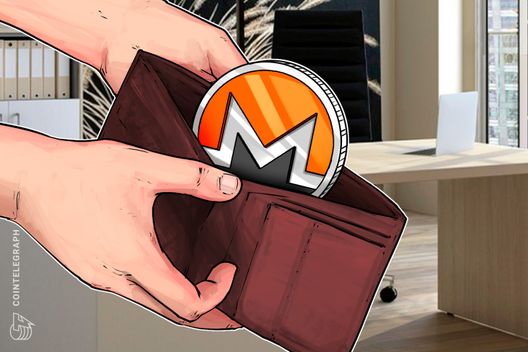 Fortnite is an online video game released in July 2017 and developed by Epic Games, which reportedly accounts for more than 125 million players worldwide. In October 2018, Epic Games was valued at over $15 billion in its latest funding round.

Retail Row supports crypto payments service GloBee, which allows retailers to accept cryptocurrencies including Bitcoin (BTC), Litecoin (LTC) and Ripple (XRP), while XMR is the only digital currency supported by the store. Customers can also make payments with a range of conventional methods including credit cards and PayPal.

Free V-Bucks (an in-game currency) also concealed malicious packages of code, according to the investigation. Malwarebytes discovered that deceptive links were promoted via scammers’ YouTube channels, which redirected users to downloads that conceal the malware.

In June, network and enterprise security company Palo Alto Networks found that around 5 percent of all XMR in circulation was mined maliciously via cryptojacking. Monero reportedly had an “incredible monopoly” on the cryptocurrencies targeted by malware, with a total of $175 million mined maliciously.

The report also notes that the data does not include web-based Monero miners or other miners they could not access, meaning that the 5 percent is most likely too low of a calculation.

XMR is up 3.27 percent on the day and is trading at $47.46 at press time, according to CoinMarketCap.