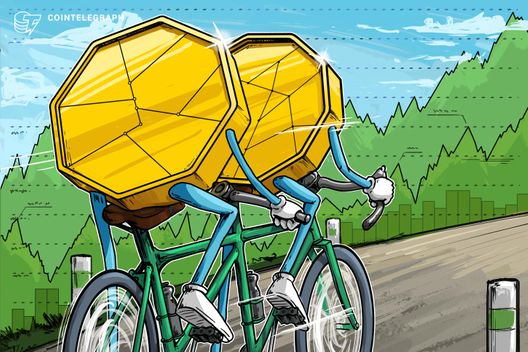 Major currencies remain in the green, Bitcoin is holding the $3,800 mark, and Ethereum overtook Ripple as top altcoin.

Wednesday, Jan. 2 — The main cryptocurrencies have mostly been in the green for two days now, according to data from Coin360. Bitcoin (BTC) is still over $3,800 mark, while Ethereum (ETH) has regained the top altcoin position. 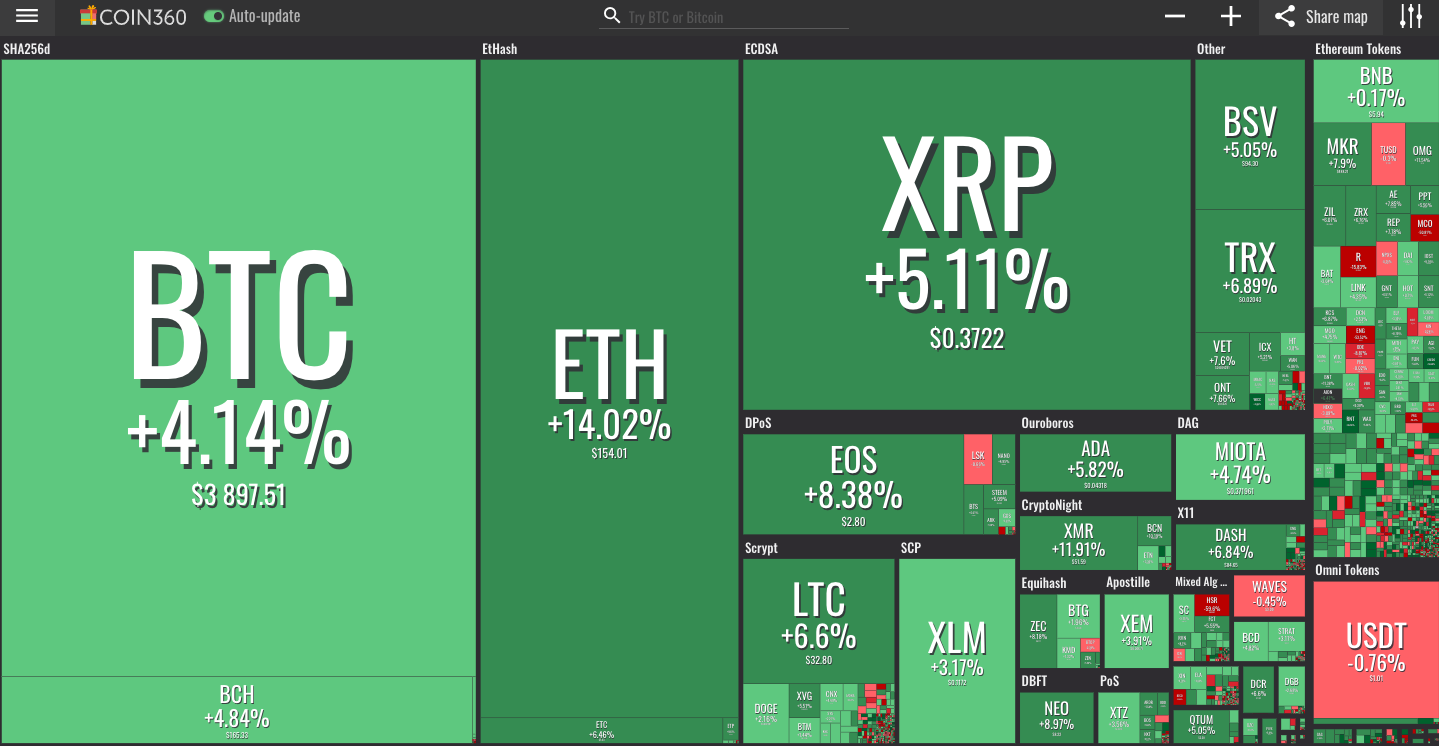 Proof of Keys — a celebration when BTC holders temporarily withdraw their funds from all exchanges and mediators  — is coming in just a few hours, and BTC has gained about 3 percent in price since the beginning of Jan. 2. The coin is traded at approximately $3,900 as of press time. 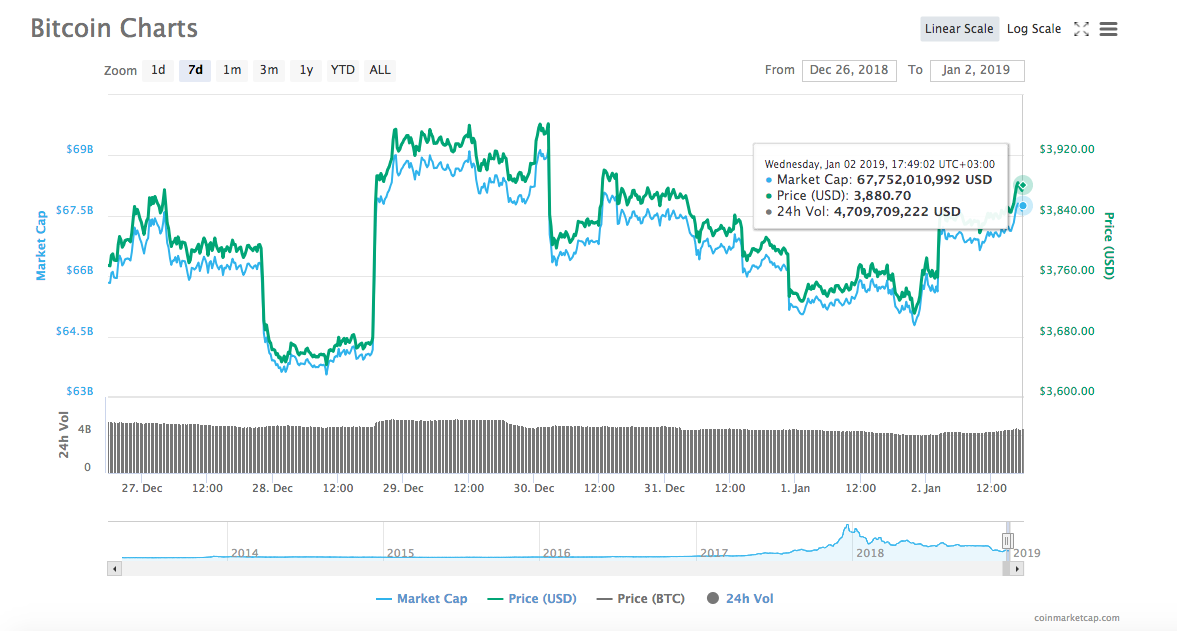 ETH has yet again beaten Ripple (XRP) as the world’s major altcoin by market capitalization after spending several weeks on the third place. The altcoin’s market cap reached almost $15.8 billion at press time, surpassing XRP’s market cap by almost $1 billion. ETH is now traded around $150, gaining more than 13 percent in price in comparison to yesterday’s charts. 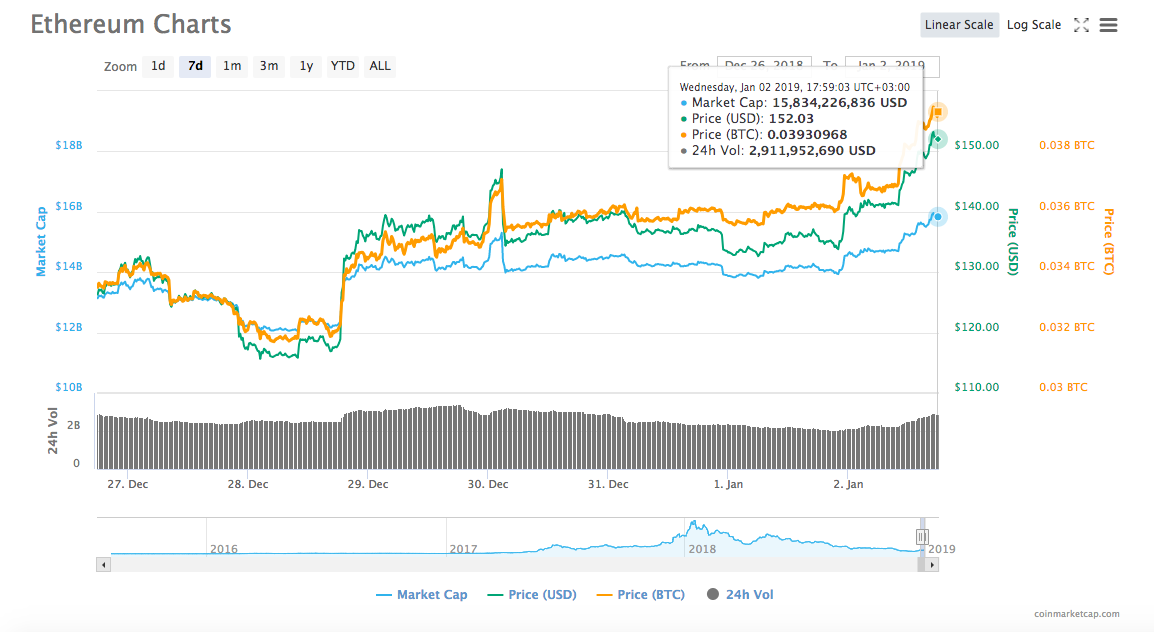 Meanwhile, XRP, the third-top altcoin, is trading at $0.36, seeing a slight growth in price during the day. The coin’s market cap is around $14.9 billion. 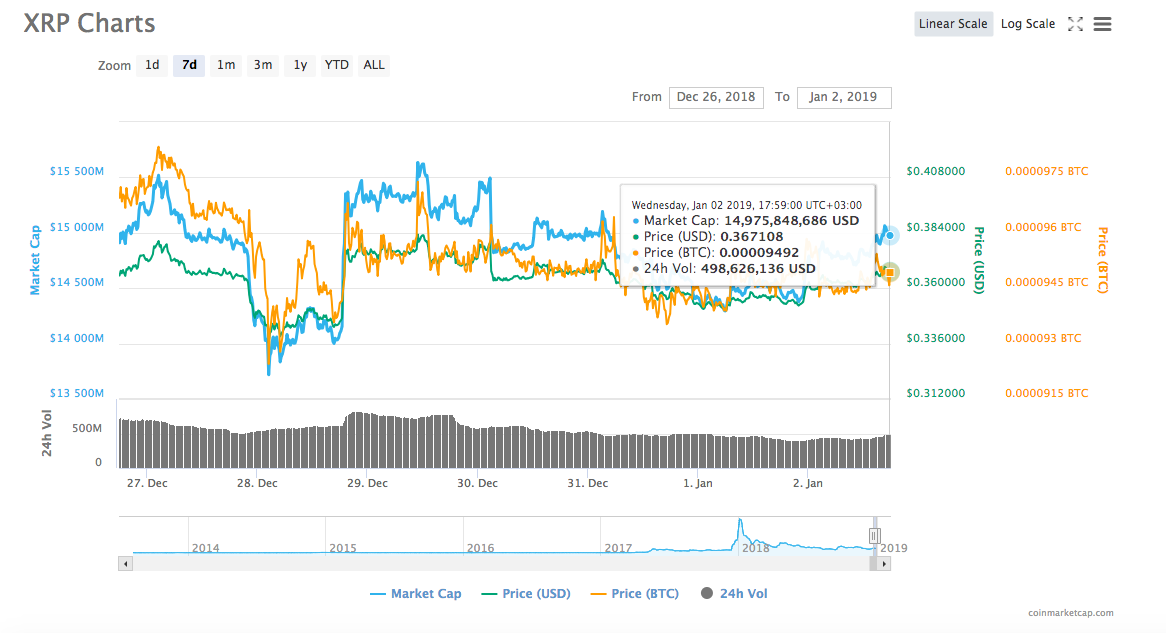 The total market capitalization of all cryptocurrencies has climbed up to $132 billion, $2 billion away from its weekly high of $134.3 billion reached on Sunday, Dec. 30.

All of the other altcoins from the top 20 are in the green today, with EOS (EOS), Cardano (ADA) and IOTA (MIOTA) having the most visible price increases with 5.1, 5.5 and 7.2 percent on the day respectively.

In the meantime, the crypto community is discussing the accusations against crypto exchange HitBTC, which allegedly froze the accounts of several of its users in the wake of the Proof of Keys campaign.

The firm itself has not yet responded to the accusations of Twitter and Reddit users, some of whom claim that BTC withdrawal was not available for them for the last few days. The connection between the blocked withdrawals and the Proof of Keys is not confirmed.

Meanwhile, major Japanese e-commerce conglomerate DMM.com Ltd. has announced the closure of its crypto mining services due to their deteriorating profitability. The news comes shortly after similar announcements made by Japanese internet giant GMO Internet Group, which has ceased the development and selling of BTC miners.