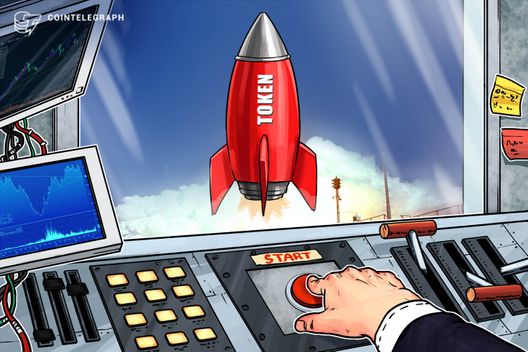 Peer-to-peer torrent client BitTorrent has launched a native token, BitTorrent (BTT), that can be exchanged between users to optimize their network speed and attain faster downloads.

Peer-to-peer torrent client BitTorrent has launched a native token, BitTorrent (BTT), based on the TRON protocol, according to a press release shared with Cointelegraph Jan. 3.

The token can be exchanged between users to optimize their network speed and attain faster downloads, according to the press release. BitTorrent’s first full-fledged move to begin to tokenize its content sharing ecosystem — which reportedly serves over 100 million users — comes around six months after the company was acquired by decentralized internet startup TRON for an undisclosed amount.

BTT tokens, which are to be issued by the BitTorrent Foundation, feature native TRC-10 compatibility — meaning they adhere to a technical token standard supported by the TRON blockchain.

BTT will reportedly be exclusively available to non-United States accounts on crypto exchange Binance’s “Launchpad” program, and will also be distributed “selectively” via airdrops later this month.

According to the press release, BTT is part of a broader ambition to create a decentralized content distribution platform using cryptocurrency. BitTorrent claims that its protocol — first created in 2004 — is currently “the largest decentralized P2P network in the world, driving 22% of upstream and 3% of downstream traffic globally.”

The press release outlines that BTT tokens will first be implemented on BitTorrent’s Windows-based “µTorrent Classic” client — reportedly the company’s most popular application.

As previously reported, the roadmap for TRON and BitTorrent’s mutual integration has been formalized as an initiative dubbed “Project Atlas.” When the pair first disclosed more extensive details of their joint plans in September, they revealed that tokens in the ecosystem would be used as incentives.

As of press time, TRON (TRX) is ranked as the 10th largest cryptocurrency by market cap, and is trading at around $0.02, up 4.29 percent on the day, according to CoinMarketCap data.