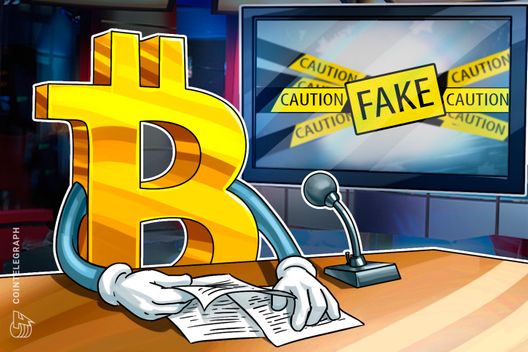 The ad reportedly promoted Bitcoin (BTC) and a company called “Crypto Revolt,” which is allegedly a cloned scam site. The article further explains that the advertisement imitates a Stuff business news page and “purports to interview John Key on his enthusiasm for Bitcoin.”

Moreover, in place of the Stuff logo there is an “NZ Times” logo, and all the links reportedly lead to Crypto Revolt’s website. The source that encountered the ad suggested that the web address was suspicious and that the company itself could have been hacked.

As Cointelegraph reported in December 2017, Key had then denied rumors circulating that he invested in Bitcoin. The claim that Keys was a Bitcoin investor reportedly originally came from another fake news website, the link to which propagated through social media.