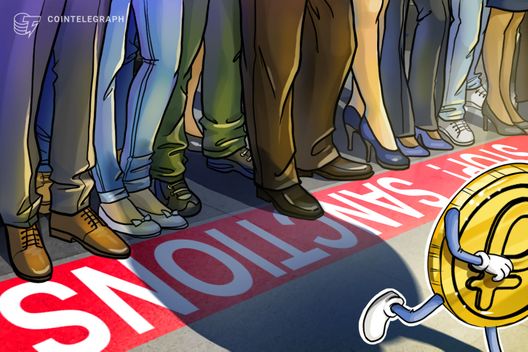 Venezuela has requested consultations with the U.S. government in connection with “discriminatory” sanctions against its national digital currency.

Venezuela has taken issue with United States sanctions, including those levied against transactions in the country’s national digital currency, the Petro (PTR), according to a World Trade Organization (WTO) consultation request, published Jan. 8.

The document also alleges that:

“[...]inasmuch as digital currencies originating in the United States are not subject to the same prohibitions as Venezuelan digital currencies, the United States is according less favourable treatment to Venezuelan financial services and service suppliers than to like domestic financial services and service suppliers, in violation of Article XVII:1 of the GATS.”

Venezuela thus requests consultations with the government of the U.S. and modification, replacement and amendment of the measures identified in the compliant.

In February 2018, the Venezuelan government launched the pre-sale of its national oil-backed cryptocurrency Petro (PTR). The country reportedly introduced the currency in an attempt to attract foreign investors and skirt U.S. and EU sanctions, as well as overcome catastrophic hyperinflation in the country.

Later in August, Venezuelan President Nicolás Maduro announced that the Petro will be used as a unit of account within the country, creating two official currencies. In December, the country took one more step towards mass adoption of the Petro by reportedly automatically converting pensioners’ most recent monthly bonus into the cryptocurrency.

Today, Jan. 10, Cointelegraph reported that the Venezuelan government has published a new decree that introduces taxation for operations with cryptocurrency and foreign fiat currencies. The decree states that all citizens who deal with cryptocurrencies or foreign fiat currencies are now obliged to report their income and pay taxes in the same currency they have operated in, and not in the sovereign bolivar.