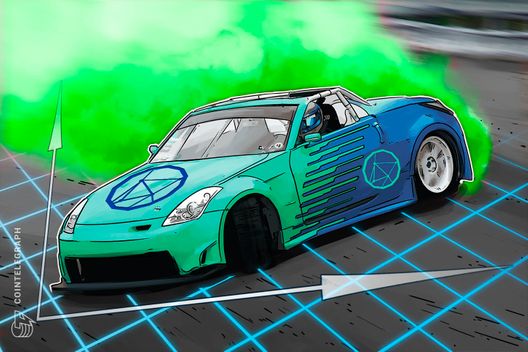 Cryptocurrencies have started growing again after seeing significant losses over the past couple of days.

Monday, Jan. 14 —  the vast majority of cryptocurrencies are recovering after experiencing severe losses over the last several days, according to Coin360. Of the top 20 by market capitalization, only the stablecoins USD Coin (USDC) and Tether (USDT) are still in the red.

The leading cryptocurrency Bitcoin (BTC) has seen an increase of nearly five percent on the day, and is trading at around $3,717 at press time. As Cointelegraph reported earlier, BTC hit a new year-to-date low today, slumping to as low as $3,544. On its weekly chart, Bitcoin’s highest price point was $4,107 on Jan. 9. 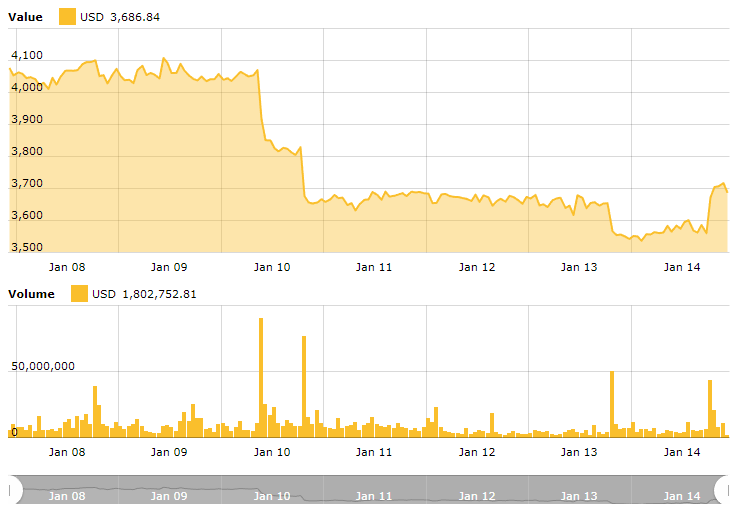 Ripple (XRP) — which is currently at the top position among altcoins by market cap — has grown by more than 4 percent over the last 24 hours, and is trading as around $0.335 at press time. Ripple’s market cap is at about $13.78 billion right now, ahead of Ethereum’s (ETH) by a “mere” $230 million. 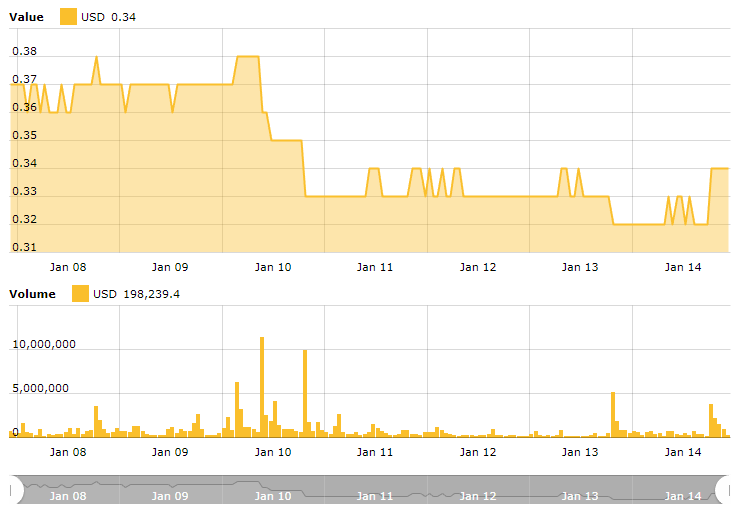 Ethereum is trading at around $130 at press time, having gained 11 percent on the day. The altcoin started the day near $117, gradually reaching the current price point. Over the week, the third largest coin by market cap registered its lowest price point of around $114 earlier today and hit the highest value of around $156 on Jan. 9. 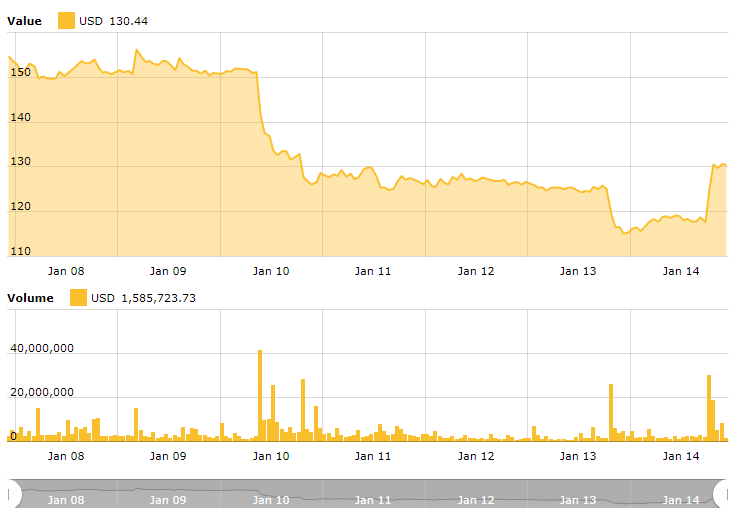 Tron (TRX) and Neo (NEO) have seen double-digit increases over the last 24 hours, up by 15.2 percent and 10.25 percent respectively, according to CoinMarketCap data. As of press time, TRX is trading at around $0.025 and NEO is around $7.94.

Stablecoin USDC is down by 0.48 percent, and is trading at around $1.01 to press time. Today, Gemini crypto exchange founders Tyler and Cameron Winklevoss said that stablecoins and tokenized securities will usher in a bright future for the digital currency space.

Tyler Winklevoss has pointed out that United States dollar-pegged stablecoins could notably be used to issue dividends in a prospective tokenized securities sector.

The total market capitalization of all digital currencies is at around $124 billion at press time, having started the day at $117.9 billion. The weekly high of the metric was around $138.7 billion on Jan. 8, according to CoinMarketCap data.