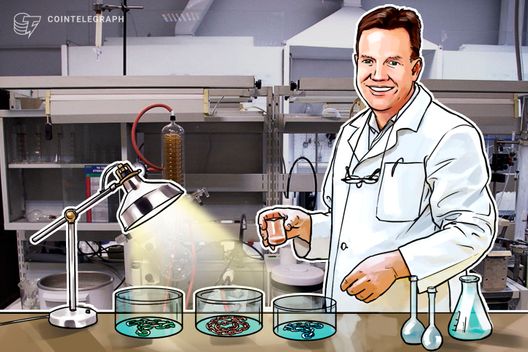 The new team at ETC Labs will focus on core ETC projects, including support of ETC blockchain and tools for decentralized application development.

According to the announcement, the new team will be working on core ETC projects, supporting the coin’s blockchain and providing tools for decentralized application development, mining, and services.

In the first quarter of 2019 the team will purportedly focus on reviewing Ethereum’s (ETH) Constantinople hard fork, which is set to happen around Jan. 16. This will be done prior to finalizing the Ethereum Classic Improvement Proposal 1045, which will introduce support for some parts of Ethereum’s Byzantium and Constantinople upgrades on the ETC network.

During the rest of the year, the team is set to work on related issues such as chain monitoring and analysis tooling in the wake of the 51 percent attack on ETC that took place this January.

As Cointelegraph previously reported, cryptocurrency exchange Coinbase detected an ETC blockchain reorganization on Saturday, Jan. 5, and indicated that it was a 51 percent attack involving over $1.1 million worth of crypto.

ETC developers first denied the reports about the attack, stating that double spending did not take place on the network. However, they did ask all exchanges and mining pools to significantly increase confirmation times on all withdrawals and deposits.

In early December 2018, the founder of one of the leading ETC development teams ETCDEV, Igor Artamonov announced that the team cannot continue working and has to shut down its activities, partially due to the crypto market crash “combined with a cash crunch in the company.”

ETC is currently trading at around $4.37, up by 2.57 percent over the last 24 hours, according CoinMarketCap. The altcoin’s market capitalization is around $469 million, making it the 18th largest cryptocurrency as of press time.