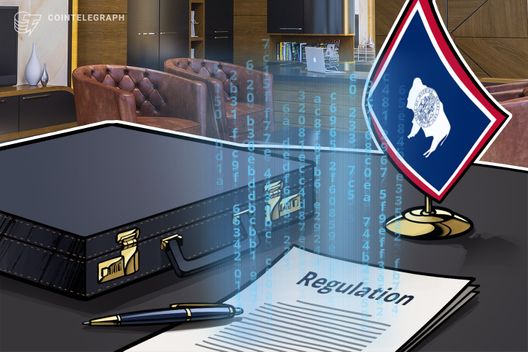 A bill “authorizing corporations to issue certificate tokens in lieu of stock certificates” has been introduced in Wyoming.

A bill allowing corporations to issue blockchain-based tokens that represent stocks was introduced in Wyoming on Jan. 16, according to the official state legislature site.

House Bill 185 is sponsored by Representatives Olsen, Brown, Hunt, Lindholm, Western and Zwonitzer and Senators Driskill and Rothfuss. If passed, the bill will become effective on July 1, 2019. The current draft of the bill states:

The bill lays the groundwork for storing so-called certificate tokens representing stocks on a blockchain “or other secure, auditable database,” and permit digital transfer of them.

As Cointelegraph recently reported, Wyoming passed two new house bills that aim to foster a regulatory environment conducive to cryptocurrency and blockchain innovation. One of the bills establishes a new asset class, defining “open blockchain tokens with specified consumptive characteristics [as] intangible personal property.” The other bill pertains to the creation of a fintech regulatory “sandbox” — a supervised and flexible testing environment that provides waivers for certain statutes and rules that would otherwise hamper innovation.