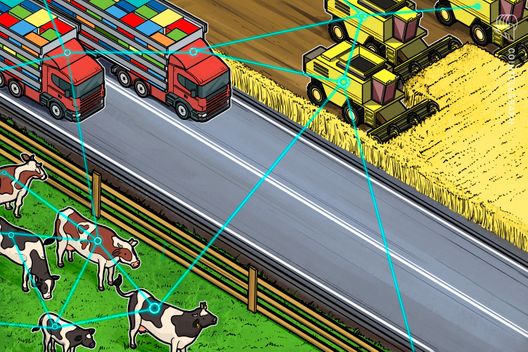 Decentralized Artificial Intelligence (AI) firm SingularityNET has announced a partnership with agriculture-focused blockchain startup Hara at the World Web Forum, according to a press release shared with Cointelegraph Jan. 21.

Hara’s objective is reportedly to use blockchain to provide Indonesian farmers with useful data like grain price, soil quality and land ownership details. The newly announced partnership between the two firms aims to use this data to offer AI-powered crop diagnosis and data analytics to the ecosystem, according to the press release.

As the press release notes, a main goal of the partnership for the firms is to expand access to information on crop diseases with the goal of making diagnosis more automated.

As Cointelegraph reported in December 2017, SingularityNET received five times the amount of demand expected for their token sale, reportedly postponing the sale and later raising $36 million in one minute.

Last year saw a number of blockchain applications in food and farming, many of which focused on increasing the transparency and efficiency of supply chains. In October, the world’s four largest agriculture companies, commonly known as ABCD, announced a partnership to digitize international grain trading by using blockchain and AI.

In December, Medici Ventures, the blockchain venture arm of Overstock.com, purchased $2.5 million in equity in GrainChain, whose blockchain system enables supply chain parties to track the distribution process of harvests.