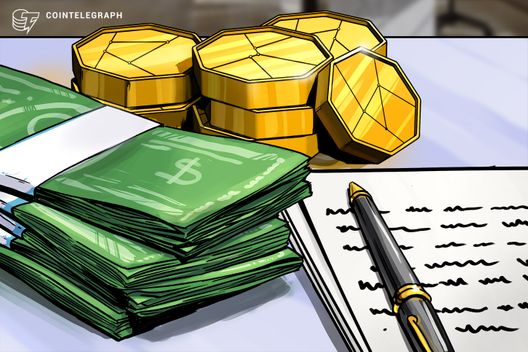 Novogratz's Galaxy Digital is planning to launch a funding round for crypto lending in March, according to an unconfirmed report.

Citing two unnamed people familiar with the matter, the news outlet claims that Galaxy Digital is purportedly planning to close the first fundraising round for its crypto credit fund in March.

A Galaxy representative has reportedly declined to comment on the issue to Business Insider.

According to the article, Galaxy’s lenders will be able to get their loans by using crypto assets, real estate and crypto mining hardware as deposits.

Two anonymous individuals also noted that Galaxy decided to launch its own fund after seeing an increased demand for crypto lending services from firms amidst the bear market in 2018.

The crypto merchant bank also led a $52 million fundraising round through its investment arm Galaxy Digital Ventures in order to fund the crypto-lending firm BlockFi in July 2018.

Amid the aftermath of the crypto market collapse in 2018, many crypto and blockchain companies have faced financial trouble: for example, at least 340 such companies were dissolved or liquidated in 2018 in the United Kingdom, and China-based crypto mining giant Bitmain reportedly closed its Israeli center in December.

However, crypto-lending business have continued to grow. Launched in 2018, BlockFi’s crypto lending product has seen its revenues grown tenfold since June, as recently revealed by BlockFi  CEO Zac Prince.

According to Business Insider, another crypto loans company, Salt Lending, issued $54 million in loans by the end of 2018, and is planning to expand its team by 25 percent this year.

Recently, Novogratz — who is both Galaxy’s founder and CEO — has increased his shares of the company by up to 79.3 percent of ordinary shares assuming their conversion, which reportedly amounts to 221.2 million ordinary shares.