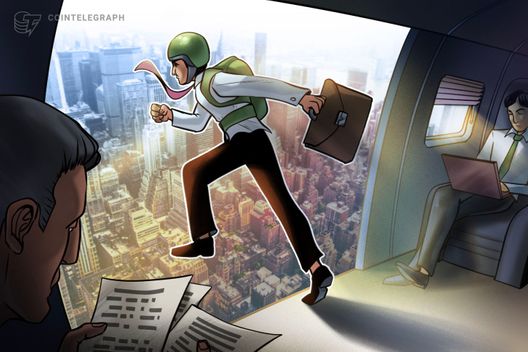 Jarrod Dicker, former CEO of blockchain startup Po.et, returns to the Washington Post, this time as VP of commercial technology and development.

The CEO of blockchain-based media startup Po.et, Jarrod Dicker, is leaving the firm to return to the Washington Post, the major American news outlet reported Jan. 24.

As previously reported, the blockchain company where Dicker was CEO aims to establish a “decentralized protocol for content ownership, discovery and monetization in media.”

As the Washington Post reports, Dicker has previously lead product and tech teams at RebelMouse, Time Inc. as well as the Huffington Post.

According to an official Po.et blog post by Dicker, published Jan. 24, the company’s head of product, David Turner, will take over the role of CEO at the startup.

There are multiple initiatives employing blockchain in media to ensure the validity of content ownership. As Cointelegraph recently reported, the NEM foundation in Argentina has signed a memorandum of understanding with a local trade union of journalists to develop a blockchain-powered solution for copyright protection.

In December of last year, blockchain-based journalism platform Civil announced it would launch in February 2019. The startup focuses on building a new media ecosystem with its native CVL token, which will purportedly help participants attain financial sustainability and improve trust in journalism.