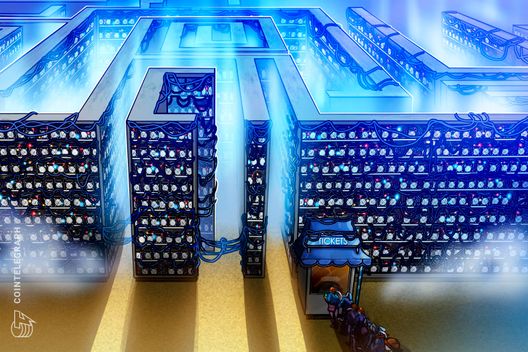 The project is part of a larger initiative from Commons, dubbed “Golden Goose,” that aims to “expand cryptocurrency and blockchain innovation in Spanish-speaking countries,” the press release reports.

As per the announcement, the mining facilities in Paraguay will account for about 200,000 square meters, with electricity provided by a 500MW power substation. Bitfury claims that all the energy used by the mining centers will be renewable, as Paraguay is reportedly home to the world’s largest operational hydroelectric energy producer, power plant Itaipu.

In addition, Commons Foundation has unveiled its plans to open a global cryptocurrency exchange in Paraguay later this year and to issue a Golden Goose token (GOLD) for the participants in the two projects. The crypto exchange will reportedly use Bitfury’s Crystal analytics platform in order to comply with Know Your Customer (KYC) and Anti-Money Laundering (AML) policies.

Both parties, along with Paraguayan officials, stated that they believe the new crypto initiatives will help the country attract new investors, as well as help build a blockchain ecosystem in Latin America.

In November 2018, Bitfury partnered with Russian Plekhanov Russian University of Economics to develop a blockchain course for young specialists. In December, the firm signed a contract with Big Four consulting firm PwC to launch an blockchain accelerator for businesses in Russia.