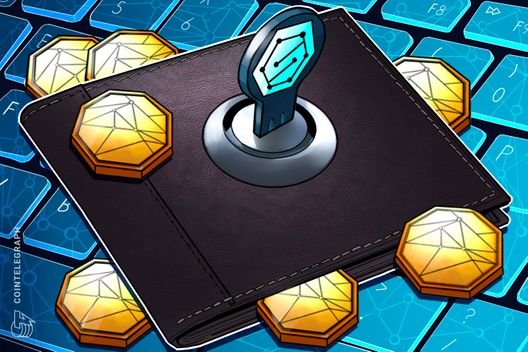 A liquidity crisis at Canadian crypto exchange QuadrigaCX is the result of lost access keys for the exchange’s cold wallets.

Citing a creditor protection filing from the Nova Scotia Supreme court, the Globe and Mail states that the firm has been unable to locate or access the funds since Cotten passed on Dec. 9, leading to a liquidity crisis at the exchange. QuadrigaCX filed for creditor protection in compliance with the Companies' Creditors Arrangement Act (CCAA) on Feb. 1.

The exchange kept most its assets in offline storage systems called cold wallets, which are secured by digital security keys in order to protect them from hacking and theft. Cotten was solely responsible for the wallets and corresponding keys, which the company has been trying to find after his passing.

Per The Globe and Mail, Cotten mostly worked form his computer at home, which is encrypted. Cotten’s wife, Jennifer Robertson, reportedly stated in an affidavit, “I do not know the password or recovery key. Despite repeated and diligent searches, I have not been able to find them written down anywhere.” Robertson purportedly went so far as to hire a cybersecurity expert to “hack into Gerry’s computers” to no avail.

Other exchange operators told The Globe and Mail that it was unusual for a single executive to control access to an exchange’s funds, as it would have made Cotten a target for kidnapping and extortion. Michael Gokturk, CEO Einstein Exchange in Vancouver, said, “It’s the equivalent of walking around with millions of dollars in cash on you at all times.”

Users of the platform, some of whom were already unable to withdraw funds due to a legal battle between the exchange and a major Canadian bank, took to Twitter and Reddit following an announcement of Cotten’s passing. Some users asked for proof of death or an obituary.

Robertson’s affidavit reportedly states, “There have also been threats made against [her]. “Slanderous comments have been made against [her] and sent through Facebook messenger to [her] entire contact list.” Robertson is reportedly funding the creditor protection motion herself and a preliminary hearing has been set for Feb. 5