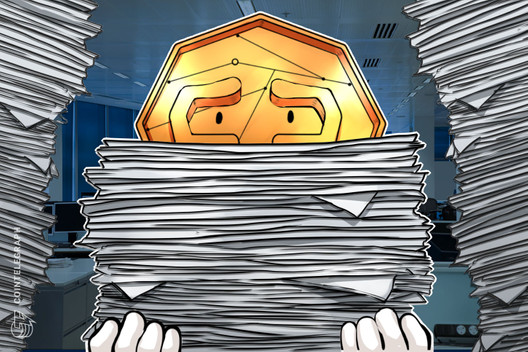 Amy Starr, a senior official at the U.S. SEC, said that the regulator is happy to interact with crypto businesses to develop better regulation.

Securities laws are “written to be dynamic,” a senior official at the United States securities regulator claimed in a recent panel at Consensus 2019 on May 13.

Amy Starr, chief of the office of capital markets trends at the U.S. Securities and Exchange Commission (SEC), expressed the regulator’s willingness to interact with local crypto and blockchain-related businesses in order to gain a better understanding of how securities laws can be applied in various cases.

Speaking at a panel titled “Perspectives on SEC engagement concerning digital assets,” Starr noted a high level of integration with the crypto industry and the SEC, particularly citing  the engagement via the SEC’s Strategic Hub for Innovation and Financial Technology, as well as a number of peer-to-peer meetings conducted by the SEC’s “Crypto Czar” Valerie Szczepanik.

The SEC official stated that an active engagement with the regulator is the only way to facilitate a change in securities laws regarding crypto markets. She said:

During the panel, Starr also expressed her stance on the recent no-action letter to cryptocurrency startup TurnKey Jet, which allowed the firm to issue TKJ tokens for the purpose of paying for a private jet charter, since the tokens were not considered to be securities. In particular, the official noted that the decision by the SEC fell “on one end of the spectrum” of similar cases in terms of both the decision and the speed at which it was reached.

Following the SEC’s panel, SEC Commissioner Hester “Crypto Mom” Peirce delivered a speech devoted to the future of cryptocurrencies. In her speech, Peirce encouraged internal regulation between crypto actors, claiming that “testing each other is really healthy.” While still noting that the SEC will be able to detect certain malpractice actions on the market, Peirce suggested that people in crypto should “police one another,” adding that a “lot of regulation can happen without a government regulator.”

Previously, the SEC was criticized for being the biggest regulatory obstacle preventing the crypto markets from growing. In January, CEO and co-founder of Goldman Sachs-backed crypto finance company Circle claimed that the SEC was lacking clarity over how to define various crypto assets.