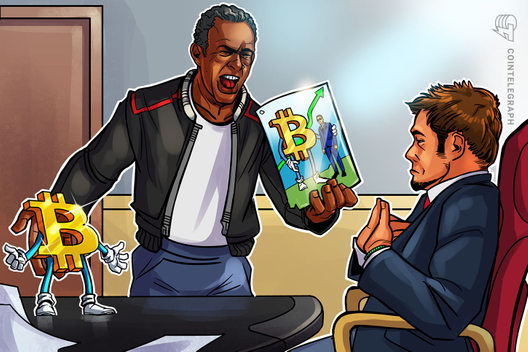 Countries and internet companies hold on to hard stances on cryptocurrency advertising, as the industry seeks to survive the challenges.

The United Kingdom’s Advertising Standards Authority (ASA) recently resolved a complaint regarding advertising of Bitcoin (BTC) from the BitMEX crypto derivatives exchange. According to the ASA, the website showed Bitcoin graphs with misleading price dynamics since January 2019. The ASA received four complaints, each accusing the platform of being misleading about Bitcoin investment profitability. The court satisfied the complaints.

However, this was not the first time that a state took a tough attitude toward advertisement of cryptocurrencies. Here is an overview of how cryptocurrencies are advertised — or not — in the world right now.

The first case arose in January 2018 in the United States, when the social network Facebook banned the placement of any cryptocurrencies, binary options and initial coin offerings (ICOs) ads on the platform. The corresponding rules were provided by the new advertising policy of Facebook.

Rob Leathern, the product management director for Facebook, said that the measure was designed to “improve the integrity and security of ads, and to make it harder for scammers to profit from a presence on Facebook.” In this regard, the representatives of the platform have developed a new policy prohibiting the advertising of financial products and services, which are often associated with misleading or deceptive advertising practices.

Google also made the move soon after. In March 2018, Google’s parent company, Alphabet, announced in a blog that it will be changing its advertising policy. According to the Google platform, as of June 2018, it would be forbidden to place announcements about binary options, cryptocurrencies as well as related services — in particular, about ICOs.

Such changes, as it was specified in the blog, will be part of the broader measures taken by the company to counter the sale of the new type of high-risk financial products. Thus, cryptocurrency advertising was simply blocked.

Twitter also introduced a blanket ban in March 2018, banning everything crypto-related. The social network, however, made an exception for public companies with listings on large stock exchanges in Japan.

Also, it turned out that after the ban by Facebook, China began to introduce restrictions on the advertising of cryptocurrencies. Paid crypto ads disappeared from social networks in the country. A popular Chinese microblogging service, Weibo, and search engine Baidu introduced a ban on cryptocurrencies advertising. The service stated that cryptocurrencies are vulnerable to unfair advertising, as well as the creation of nontransparent financial pyramids and schemes.

The fight against the restrictions began almost immediately. Crypto firms and enthusiasts from Russia, China and South Korea decided not to stand on the sidelines, and in March 2018, the cryptocurrency and blockchain associations of Russia, China and South Korea announced that they intend to file a group action against IT corporations that prohibit the advertising of cryptocurrency projects. The lawsuit was filed against Facebook, Google, Twitter and the Russian search engine Yandex.

Later, in April 2018, cryptocurrency and blockchain organizations in Switzerland, Kazakhstan and Armenia also joined the three aforementioned countries in filing a joint lawsuit against major IT companies.

More recently, in August of 2019, JPB Liberty, an Australian litigation finance company filed a $500 billion global lawsuit against Facebook, Google and Twitter over the cryptocurrency advertisement ban. Anyone affected in 2018 can register as a passive participant and join the lawsuit.

The CEO of JPB Liberty, Andrew Hamilton, believes that big IT companies should be liable for losses in the hundreds of billions of dollars. The company has already sent official letters to Facebook, Google and Twitter, notifying them of this claim for damages. The $500 billion JPB Liberty seeks in compensation comes from a combination of $350 billion in losses of investors and more than $150 billion in losses to exchanges in revenue.

Facebook the parent companies of the Australian affiliates of Facebook, Google and Twitter are participating in legal action. According to a statement to Cointelegraph from Hamilton, JPB Liberty intends to obtain justice in this case on behalf of all who participate:

“We are seeking and obtaining funding from a range of sources both within the Crypto Industry and outside it. We are in serious discussions with large institutional litigation funders and have a law firm and Senior Counsel lined up.”

A change in course?

Six months after the initial ban was introduced, big IT companies changed their minds a little. In October 2018, Google allowed crypto advertisement once more. According to an official statement, cryptocurrency advertising became available for purchase in Japan and the U.S. However, only officially registered American and Japanese crypto exchanges are privileged to use the Google AdWords platform.

In May 2019, Facebook updated its advertising policy, adding an item allowing users to advertise blockchain technologies and educational courses on cryptocurrencies without special permission, as was stated in the blog of the social network.

In order to advertise cryptocurrencies, users still have to get special permission from Facebook moderators. Also, the social network has retained a ban on advertising ICOs and binary options. According to the statement provided to Cointelegraph by a Facebook spokesperson, the company took time to work on the policy:

“In 2018, we made clear this policy was broad — along with our hope to refine it while working to better detect deceptive and misleading advertising practices. After a thorough review, the policy was narrowed to no longer require prior approval to run ads related to blockchain technology, industry news, education, and events related to cryptocurrency. This update makes good on our commitment, and keeps critical safeguards in place to reduce bad ads (i.e. that promote ICOs and binary options) and enforce against misleading or scam ads.”

In general, this shifting behavior of Google and Facebook is not surprising, taking into account the fact that the leaders and main investors of these social networks are favorable to cryptocurrencies and blockchain technology. For example, Twitter CEO Jack Darcy has repeatedly said that he believes in a future in which Bitcoin will turn into a full-fledged internet currency.

However, in a statement to Cointelegraph, JPB Liberty’s Hamilton outlined a belief that companies like Facebook have their own reasons to ease the ban, which are not related to the protection of their users from scams or misleading information:

“In my view Facebook's own cryptocurrency plans, now known as Libra, were the reason for the Ad Bans in the first place. Facebook was threatened by the rapid development of cryptocurrency/blockchain based competitors offering a better consumer proposition. They chose to engage in an illegal anti-competitive attack on those competitors while they developed their own ‘cryptocurrency.’ They have only eased it enough that Libra is not itself banned but still block ads from the majority of the cryptocurrency industry.”

Alternatively, as it was rumored before the Libra was announced, Facebook could set up a system whereby users viewing advertisement posts and videos could earn stablecoins for their actions. However, no information has since come out to suggest that Libra would be used in this way.

The announcement from June 2019 by the founder and CEO of Facebook, Mark Zuckerberg, who said that Libra’s mission is to create a simple global financial infrastructure that empowers billions of people around the world, may suggest that such a product could still be developed.

Life under the ban

Despite the extensive ban, which was in fact lifted in some countries, the crypto exchanges and ICO projects can still find ways to avoid roadblocks. In doing so, they end up turning to a completely different set of tools to promote their products.

For example, crypto advertising is not banned on content platforms such as Telegram, Medium or Steemit. Anyone can maintain a blog, collaborate with authors and use internal website advertising.

The most progressive crypto community is Japan, with its quickly developing cryptocurrency market, which contributed to the emergence of the Virtual Currency Girls — a Japanese pop group that popularizes cryptocurrency through songs and dances. Each of the singers symbolizes a famous cryptocurrency. Also, according to The Japan Times, local cryptocurrency exchange BitFlyer first released a TV commercial in April 2017.

The cryptocurrency community painfully embraced the ban on advertising their businesses because the online advertising market today is the most popular and profitable, but at the same time, crypto enthusiasts have shown that they can fight for their businesses not only with the help of courts but also through others ways to post information — even the most unconventional.