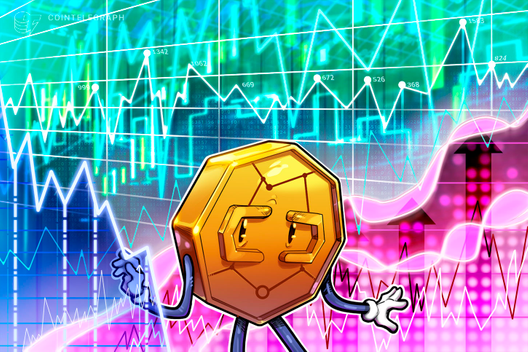 The majority of the top-20 coins by market cap see losses today, while Bitcoin price failed to hold $8,400.

At press time, 8 out of the top 20 cryptocurrencies are seeing gains, with Binance Coin (BNB) surging nearly 2.8%. Chainlink (LINK) is seeing the biggest losses among the top 20, down more than 6.1%. 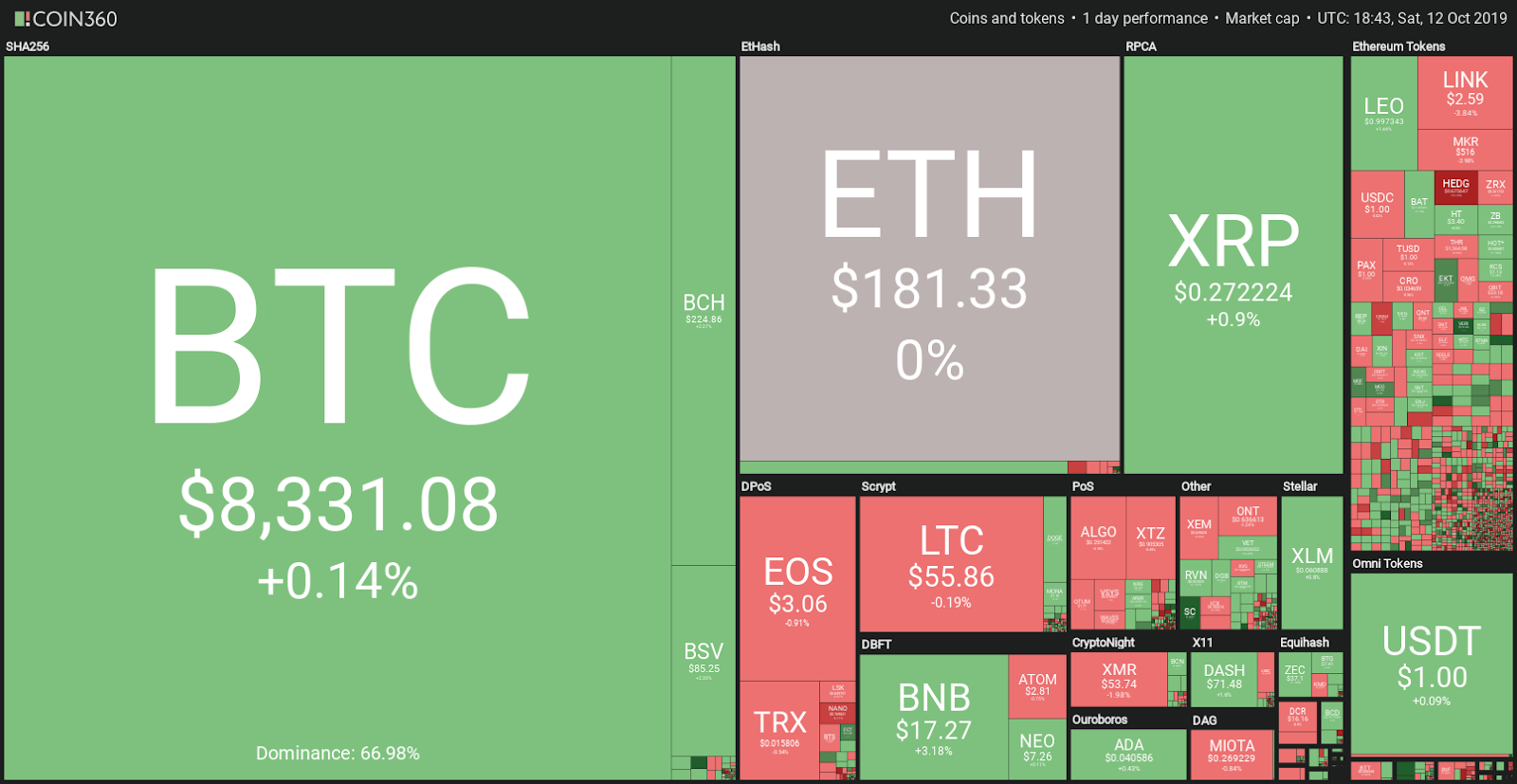 While some Bitcoin bulls are predicting that the upcoming Bitcoin’s block reward halving in May 2020 will lead the major cryptocurrency to break the all-time highs, the CEO at Chinese mining giant Bitmain recently claimed that the halving may not lead to a bull market.

Ether (ETH), the second cryptocurrency by market cap, is down 0.6% over the day to trade at $182 at press time. The top altcoin is seeing significant growth this week, up more than 4% over the past seven days at press time.

Earlier this week, Ethereum co-founder Vitalik Buterin declared that after the Ethereum blockchain adopts its proof-of-stake consensus algorithm, it will be more secure and expensive to attack than Bitcoin.

On Oct. 9, the SEC rejected a proposal to list a Bitcoin exchange-traded fund (ETF) by Bitwise Asset Management and NYSE Arca, claiming that the ETF filing did not comply with the necessary requirements.

Meanwhile, another major U.S. regulator, Commodity Futures Trading Commission (CFTC) expressed confidence that Ether is a commodity and that ETH futures trading is becoming a reality. On Oct. 10, CFTC chairman Heath Tarbert confirmed the authorities believe that Bitcoin is a commodity, adding that forked cryptocurrencies should be treated similarly.