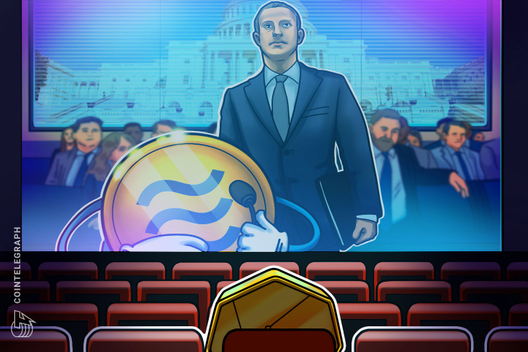 Disclaimer: This article will be updating live for the duration of the Oct. 23 hearing. Please check in for the latest from the hearing.

In a much-anticipated meeting of politics and tech, Facebook CEO Mark Zuckerberg has finally made his way to United States regulators. He will be testifying before the House Financial Services Committee on Facebook’s Libra. The planned stablecoin has been the subject of much controversy since it’s June whitepaper. Days after, Chairwoman of the committee Maxine Waters called for a moratorium on Libra’s development.

According to Zuckerberg’s prepared remarks released yesterday, he plans to assure the committee that Facebook will not launch Libra anywhere in the world without having satisfied U.S. regulators. Expect the representatives of the committee to be skeptical of this claim.

Chairwoman Maxine Waters began the hearing by calling the committee to order. Rep. Waters’ skepticism of Facebook’s intentions are well-documented.

In her opening remarks, Representative Waters suggested that the best course of action would be “if Facebook concentrates on addressing existing deficiencies and issues before proceeding with Libra.” The Chairwoman named staff discrimination, anti-trust concerns, consumer trust, and the 2016 elections as preeminent among these.

Ranking Member Patrick McHenry began his comments by declaring that “Today is a trial on American innovation.” In a comment on modern dependence on technology, he noted that most of the members of congress were checking their phones “right now.” To Zuckerberg: “Fair or not fair, you’re here to answer for the digital age.”

Following an appeal the vast global unbanked, Zuckerberg said that “The financial industry is stagnant. There is no digital financial architecture to support the innovation that we need.”