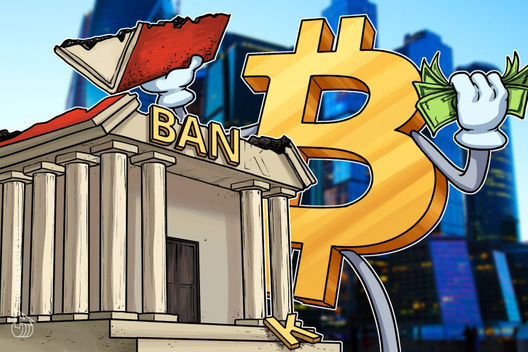 Volksbank Raiffeisenbank Fürstenfeldbruck has become the country’s first bank to charge every client 0.5% of their savings — for the privilege of storing fiat.

Bitcoin-cautious Germany has seen its first bank demand that ordinary savers pay it to hold their money — even as little as €1.

According to multiple local press outlets including the Süddeutsche Zeitung on Nov. 19, the Volksbank Raiffeisenbank Fürstenfeldbruck (VRF) in Northern Bavaria is now charging 0.5% negative interest rates on the smallest deposits.

Bank on negative interest rates: “We had to”

“We had to do it,” the publication quoted the bank’s management as saying.

The reason, they said, was the cost of “parking” money at the European Central Bank (ECB).

In Germany, negative interest rates previously impacted only deposits above €100,000, which constituted an interest-free allowance. VRF’s move makes it the first lender in the country to target savings below that level.

“Recently, more clients have been coming to us from other banks where they’ve already used up their allowance,” the management continued.

Germany could “open floodgates” for banks

As Cointelegraph reported, negative interest rates are beginning to form part of the ECB’s monetary policy. The phenomenon ultimately means that some portion of savers must pay banks to hold their money.

Critics have warned that such moves would incentivize the public to move into cash, while alternatives such as Bitcoin (BTC) also stand to benefit.

By contrast, Bitcoin does not suffer from the inflationary meddling in its supply and associated destruction of its value, meaning HODLers would never be forced to pay to own it.

Last month, entrepreneur Cameron Winklevoss noted the cryptocurrency was the ideal method of escaping negative rates on bonds, which account for investments worth $17 trillion.

Speaking to Süddeutsche Zeitung meanwhile, the CEO of a German consumer portal warned that VRF could “open the floodgates.”

“We’re seeing a lot of movement on the market at present,” Oliver Maier said. He noted that the ECB’s decision to cut its benchmark interest rate for banks to -0.5% from -0.4% was the cause of the upset.