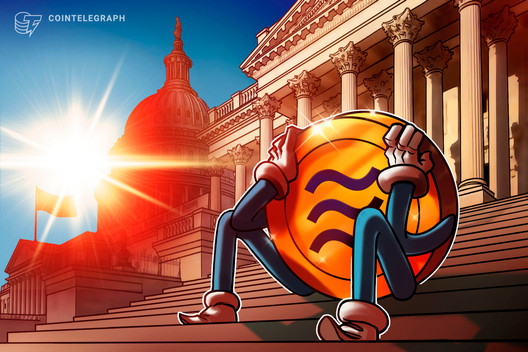 A member of the House Financial Services Committee is dissatisfied with Facebook’s updated whitepaper for Libra and still wants to make sure the token is registered with the SEC.

A United States congresswoman has said that she will keep working to brand Facebook’s planned stablecoin Libra a security.

In an April 16 announcement, Representative Sylvia Garcia (D-TX) denied that recent updates to Libra’s whitepaper had substantively changed the yet-to-be-released stablecoin’s status as a security.

Garcia contends that the newly proposed version of Libra still derives value from a “basket of currencies” subject to change from the Libra Association, which hangs the value of the coin on the work of a third party i.e. a security under the Howey Test. She reasserts that such a token would need to report to the Securities and Exchange Commission:

“I will continue to work to make sure that the SEC regulates any such asset as the security that it is under current securities laws.”

Rep. Garcia’s announcement comes in response to this morning’s news from the Libra Association that the organization had taken steps to placate regulators in its new whitepaper for the Libra token.

Cointelegraph readers may remember Garcia for introducing the “Managed Stablecoins are Securities Act of 2019” in November of 2019. Garcia sits on the House Committee on Financial Services.

Following Facebook’s June announcement of Libra, Maxine Waters (D-CA), Chairwoman of the Financial Services Committee, requested a halt on the token’s development. This led to a summer of hearings before Congress featuring Facebook’s representatives including CEO Mark Zuckerberg.