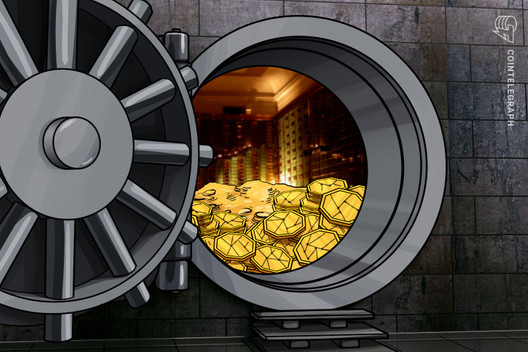 According to an announcement shared with Cointelegraph on May 4, the cooperation aims to develop a regulated security token custody solution explicitly aimed at institutional investors, high net worth individuals and corporations. Black Manta and Finoa will first collaborate on securing the tokens of the Berlin STO that has tokenized $12 million worth of real estate announced last month.

“Germany’s crypto custody legislation triggered a wide range of service providers in the digital assets space to apply for a BaFin licence. The German legislation was a crucial step to bring the confidence and liquidity of professional players to the space. In Finoa we see a team that is not only well positioned to cater to the high end investor class, but who bring also a mindset to the table that will be needed to develop this rapidly emerging market.”

Black Manta Capital Partners had not answered Cointelegraph’s inquiry as of press time. This article will be updated should a response come in.

The rise of security tokens

Previously, Platzer told Cointelegraph that, compared to traditional alternatives, STOs feature “lower transaction costs, transferability, tradability. You can invest in real estate today, without going to a notary.” Black Manta obtained a license for its STO platform from BaFin in the summer of 2019. According to Platzer, to launch its recent real estate STO the firm only had to answer a few questions from the regulator.

Given their promise, STOs are seen as a major part of the future of investing by many. Still, such offerings continue to reside in a legal grey area in much of the world. In an attempt to ease the issue France’s market regulator recently started considering a regulatory sandbox meant to study the impact of security tokens in the European Union.