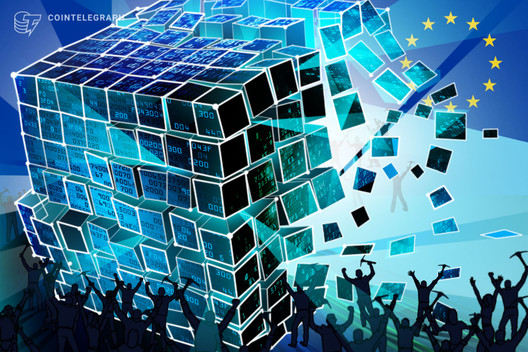 As the halving approaches, miners in Europe face a serious challenge: Can they survive the event, and will the industry thrive post-halving?

As the Bitcoin halving approaches, miners across the world have been forced to make adjustments in order to adapt. The halving will see Bitcoin’s (BTC) production cost double overnight, but luckily the cryptocurrency has been reacting positively to the upcoming event.

While almost everyone in crypto is bullish about the event, and with good reason, the path ahead for Bitcoin’s price post-halving is unknown, especially given the coronavirus pandemic and the massive wave of unemployment that has come with it. While it may be a stressful event for holders of Bitcoin, it is even more so for those that have made it their business to produce Bitcoin: the miners.

For Bitcoin miners in countries with subsidized electricity such as Venezuela or low electricity prices such as China, where most of the hashing power on the Bitcoin network resides, a production cost increase can prove manageable. Even those with medium-range prices but geared with the latest mining equipment are prepared. But for those in the higher electricity brackets, such as the ones found in Europe, their operations may rely heavily on Bitcoin’s post-halving price action.

European miners prepare for the halving

So, here is how miners in Europe, where electricity prices are some of the highest in the world, have prepared for the halving.

While some may indeed be forced to shut down if the price doesn’t go their way, miners have known about the halving for a long time and have been able to prepare for the event. According to Jake Stott, a member of the founding board of dGen — a Berlin-based think tank that recently surveyed many key European players in the industry — miners have had the opportunity to upgrade:

“The great thing about the Bitcoin Halvening is that it is a known revenue shock. Miners will have been preparing for this day since the last halvening for years ago. Upgrading to the latest machines, newest infrastructure, sourcing cheaper power sources and pooling together with the right group are all key. Miners are well prepared for all scenarios regarding the Bitcoin price.”

While having the most up-to-date equipment and infrastructure is important, it will only do so much. Youssef El Manssouri, the co-founder and CEO of Sesterce — a French company providing mining services — told Cointelegraph:

“It is very complicated to anticipate what will happen after the halving, the most logical thing seems to be to prepare the worst case scenario by trying to negotiate the electrical contracts and renewing the fleet of machines. This is what we have been doing at Sesterce for several months in anticipation.”

Equipment upgrades and cheap electricity sourcing through partnerships are the first steps for miners in Europe, but there are also other solutions that can prepare them for the volatility that may grab hold after the halving, including hedging strategies and credit accruement. According to Antoni Trenchev, the co-founder of crypto credit issuer Nexo, this is already happening in the region. He told Cointelegraph:

“There is a growing array of financial instruments available for digital asset management and with that — a set of services specifically catering to miners’ needs. Notable examples of these center on miners locking in an average selling price into the future or insuring against hashrate changes via upcoming hashrate derivatives. Miners form a sizable portion of Nexo’s client base and many of them opt for our standard crypto-backed credit line to maintain and grow their operations or cash in on newly minted BTCs.”

The future of mining in Europe

Although miners in Europe are doing their best to cope with the halving, the event brings the long-term viability of mining under question. Can the activity be sustained in Europe? Will co-location become the norm? Or can companies and governments in the region begin to compete with other countries where mining is becoming a full-blown industry? El Manssouri believes that Europe can be competitive:

“We are seeing more and more European countries understanding mining and the underlying sovereignty issues. We have large power plants in Europe that are producing a lot of losses and a lot of lost revenue, and it's up to us to make sure that we make up for those losses in the mining and power industry so that in the long term Europe can do well.”

Leveraging excess power and renewable energy may be the answer for the European mining industry, and this is something that is already happening, according to Whit Gibbs, the host of the mining-centric podcast Hashr8. But there may also be an answer in different forms of mining other than Bitcoin. Gibbs told Cointelegraph:

“Despite not getting as much attention nowadays, parts of Europe are still great for mining. Iceland and Sweden seem to be the most popular facility locations. I've heard there are German power producers who have begun mining with their excess energy, much like producers in the States are doing. Interestingly enough, some of them are not exclusively mining Bitcoin but are outfitting GPU and FPGA facilities to capitalize on more speculative mining plays.”

There are also other advantages that extend far beyond electricity cost and quality. When it comes to a nascent industry such as cryptocurrency mining, regulation is a decisive factor. A ban on crypto mining can put miners out of business in a blink of an eye, so the government’s outlook on mining and cryptocurrencies as a whole is quite important. According to Gibbs, “Europe is far more receptive to bitcoin and crypto, than other places where energy is cheaper and this may be a decisive factor.”

In fact, regulation and political stability have been the main strengths cited by miners and other industry players that Cointelegraph spoke too in the region. Some believe this factor is so important that it can even make Europe one of the most attractive places for industrial miners, as Stott told Cointelegraph:

“I would say Europe is one of the most viable markets long term for the mining industry. Political stability is key to this industry and as larger and larger sums of money are invested into the space many will look at Europe for their mines.”

Political stability and a generally positive outlook on crypto are great, but they are somewhat worthless if they don’t translate into palpable benefits for miners. Luckily for those that are pursuing mining in Europe, initiatives such as the tax breaks introduced by Portugal for cryptocurrency issuers are beginning to pop up. Stott added:

“It is clear that this kind of initiative can only encourage people in this direction, Portugal seems to have a more innovation-oriented policy recently and we can only congratulate them on this, but in order to be a truly competitive choice in the eyes of large mining infrastructures, it will be essential to be able to offer multi-MegaWatt contracts at prices as competitive as in Texas or China.”

So, from alternative electricity sourcing to government incentives, Europe has a lot of positive factors that can be easy to overlook, which means miners should be able to survive a bearish post-halving Bitcoin. But the issue with the cost of electricity is still a fundamental barrier. Gibbs also noted that the steep prices don’t apply just to electricity:

“Europe is still cost-prohibitive for mining in most places, according to my sources. While there may be pockets of opportunity, it is difficult to find cheap, sustainable power. There's not the widespread excess production we see in the U.S., CIS countries, and China. Equipment pricing also skews high, especially for GPUs.”

While the most obvious answer for miners may lie in countries such as China or Russia where electricity is cheaper, other alternatives are becoming increasingly attractive. As Matt D’Souza, the CEO of the United States-based mining company Blockware Solutions, told Cointelegraph, this is the case with the U.S., which has found a perfect balance between low-to-medium electricity prices and political and regulatory stability, adding:

“The U.S. has excellent stability and redundancy. Switzerland had a drought in 2017/2018 and the hydro power rates increased unsustainably for one of my large clients. Areas with cheaper power are more governmentally unstable and uncertain. The U.S. has certainty with the government, regulation, and electricity rates, exceptional redundancy with internet and power. The U.S. is the most energy abundant country in the world.”

When piecing all the factors together, the mining industry in Europe has a bumpy road ahead. But if the right choices are made, it can become very competitive. Nevertheless, it still has to catch up to other countries such as China or even the U.S., which is beginning to look like the most attractive option for large-scale miners.