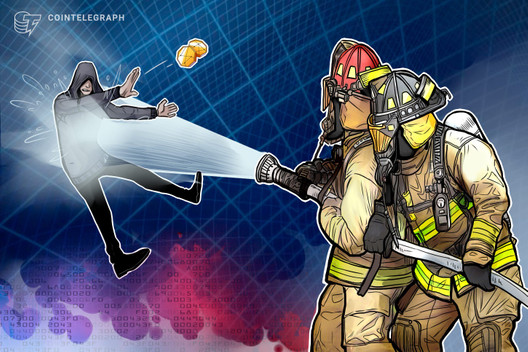 Floyx, a social media platform for the crypto community, aims to prevent crypto impersonation scams by developing a novel system.

Floyx, a Malta-based social media platform for the crypto community, is trying to prevent crypto impersonation scams by developing a novel system.

Floyx CEO Kamil Kępiński explained to Cointelegraph that the platform can prevent malicious actors from impersonating firms and projects with a novel account system.

As Cointelegraph reported on multiple occasions, scammers commonly try to trick people out of their crypto assets by pretending to be major firms and celebrities. In July 2018, billionaire entrepreneur and engineer Elon Musk himself said that he is impressed by the scam accounts:

“I want to know who is running the Ethereum scambots! Mad skillz…”

On Floyx, accounts are divided into organizations, startups and individuals, while all account types have their own dedicated features. The platform verifies the identity the people behind the companies and organizations to ensure they cannot be impersonated. Kępiński said:

“Only a personal account is immediately visible and receives the full functionality assigned to this account. A startup and company or organization account requires verification before they are publicly available on Floyx. Until verification, they cannot contact any users on Floyx and do not receive access to the full functionality of the platform.”

Kępiński explained that firms have several ways to confirm their identity on Floyx. He said that the fastest way is for the company to use its Twitter profile to message the Floyx account.

Alternatively, the platform’s team can also ask for documents related to the participation of a given person in a project, or about the legal status of the startup. When it comes to personal accounts, security improvements are coming:

“We are currently working on an additional 'personal' account verification system for public figures. However, we can't take steps until such accounts become active. We may temporarily block such a profile to confirm its identity or delete it completely if it turns out to be a fraud. [...] In addition, users can check the entire team of a given project, because the ‘company or organization’ account has a dedicated tab for the team in which accounts registered on Floyx can be linked.”

The team behind payments-focused cryptocurrency Dash (DASH) already took the steps necessary to secure its own verified account on the platform in November last year.

Kępiński said that the burden of the verification process lies mostly on Floyx and that the firm carefully verifies available information. He claimed that the verification takes under 24 hours, but often is near-instantaneous. Lastly, he added that organizations need to be the issuers of a crypto asset listed on at least one crypto exchange to be accepted on the platform.

A social media platform for the finance world

Currently, the platform has similar features to Facebook, Twitter, Reddit or blogging platforms with dedicated mobile apps. Kępiński further added, "We plan to start working on our own internal trading opportunity that will enable our community to train skills. [...] The combination of this element with the reward system for active community members will lead to a new kind of platform."

Kępiński said that it is still unclear whether Floyx’s integrated crypto exchange will be centralized, as the firm is still in discussions with potential partners.

Floyx’s CEO also noted that the firm plans to add a trader account, which cannot delete past posts. The system would also automatically calculate the effectiveness of a trader’s strategies and provide information on his profile about which assets he usually trades, on which exchange and whether he trades in the long or short term.

If the community shows interest in such a system, the team will purportedly develop an auto-follow system that would allow users to automatically replicate trades made by others.