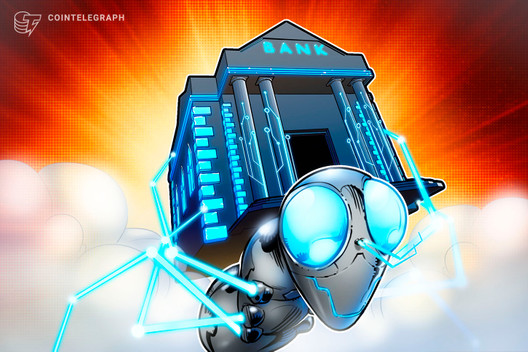 The Bank of Lithuania finished its research phase on the LBChain’s blockchain project that aims to provide a regulatory infrastructure.

As of May 27, the Bank of Lithuania, or BoL, has finished the research phase of its blockchain-related project, LBChain. In the next phase, the institution will create a sandbox that mixes technological and regulatory infrastructure for the technology.

The platforms used for the research phase include Hyperledger Fabric and Corda, which were developed by IBM Polska SP. Z.o.o and TietoEVRY.

LBChain allowed market participants to test their business solutions in a controlled environment by assessing the critical needs of fintech and startups. They then provided them with the ability to carry out blockchain-oriented research and adapt blockchain-based services into their businesses.

“LBChain has proved to have enormous potential. It is the cradle of future technologies, offering the opportunity of creating state-of-the-art solutions. Having been already tested by financial market participants, the platform may also be applied in such fields as energy or healthcare.”

LBChain is a first-of-its-kind platform developed by a financial market regulator. Its development took two years and was split into three stages.

Latest developments on the BoL’s interest towards blockchain

On May 26, the BoL unveiled its long-term plans to develop its blockchain platform for use beyond the financial services sector.

At the end of 2019, Cointelegraph also reported on the Bank of Lithuania’s plans to release a digital, blockchain-based collector coin dedicated to commemorating Lithuania’s Independence.