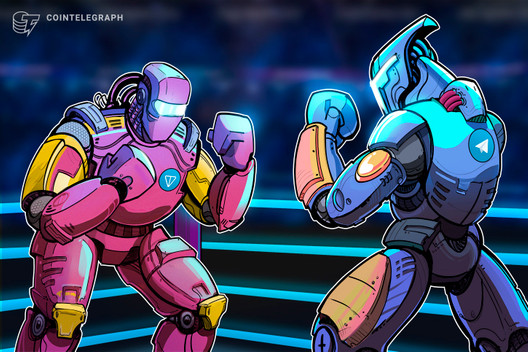 Going forward, the abbreviation “TON” will stand for “The Open Network,” following the departure of the project’s original creator, Telegram.

TON once stood for “Telegram Open Network,” but has changed its name to reflect the messaging giant’s departure from the blockchain project. The project will simply be known as “The Open Network” going forward.

Telegram officially terminated its involvement in Telegram Open Network in mid-May 2020. Although Telegram’s version of TON is no longer moving forward, it has given rise to other projects like Free TON and NewTON.

The name change was planned from the beginning

“By 2021 the initial TON vision and architecture will have been implemented and deployed. TON will then let go of the “Telegram” element in its name and become “The Open Network”. From then on, the continuous evolution of the TON Blockchain will be maintained by the TON Foundation.”

Telegram Open Network was originally designed by Telegram CTO and co-founder Nikolai Durov, working alongside his brother (and Telegram CEO), Pavel Durov. With Telegram abandoning the project, the company’s name and involvement in every facet of TON disappears.

In a May 12 statement, Pavel Durov explicitly stated that other TON-based projects have nothing to do with Telegram:

“You may see – or may have already seen – sites using my name or the Telegram brand or the “TON” abbreviation to promote their projects. [...] While networks based on the technology we built for TON may appear, we won’t have any affiliation with them and are unlikely to ever support them in any way.”

Prior to Durov’s announcement, an independent group of software developers called the Free TON community launched the "Free TON Blockchain" on May 7. Despite using the original system architecture designed by Nikolai Durov, the Free TON Blockchain is a completely different network with its own tokens. They are known as TON Crystals, or TONs.

A Free TON representative explained to Cointelegraph that “Telegram Open Network” and “The Open Network” refer to the same technology, but different networks.

Telegram did not reply to Cointelegraph’s request to comment by press time. This article will be updated if any new information comes through.