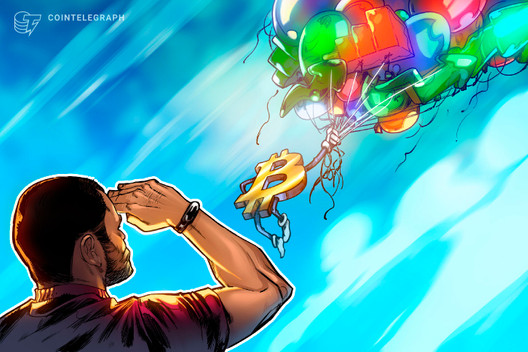 Bitpay won’t be using Lightning or Liquid any time soon, with actual Bitcoin payments still accounting for 95% of transactions.

Pioneering crypto payments service Bitpay has revealed that Bitcoin still overwhelmingly dominates payments and that it has no plans to use second layer solutions like the Lightning or Liquid networks.

Bitcoin is often criticised as a payment method because it is slow — the network can process just a handful of transactions per second —  and expensive (the transaction fee recently topped $6) but it remains the preferred payment method on Bitpay.

“As of March, Bitcoin continues to be both the largest and most popular crypto asset representing over 95% of transactions by volume for BitPay,” the company’s Chief Marketing Officer Bill Zielke told Cointelegraph.

“Bitcoin Cash ranks second representing nearly 2%. Bear in mind, BitPay has been processing Bitcoin for almost 9 years and stablecoins for less than one year.”

The processor converts crypto payments automatically into fiat for merchants. Bitpay is one of the most well-known names when it comes to Bitcoin payment processing and has thousands of merchants in its network. It was launched as a Bitcoin-only company in 2011, and its clients are now able to accept Bitcoin, Bitcoin Cash, XRP, ETH, and a variety of stablecoins.

Lightning is not in our current plans

Zielke said that for now, BitPay has no plans to utilize second layer, alternative options for transferring Bitcoin such as the Lightning Network or the Liquid sidechain. These additional protocol layers have different tradeoffs than the base Bitcoin blockchain.

The Lightning Network is effectively a system of cached Bitcoin payments that can be used to enable instant, nearly-free payments, while Liquid works on a model of third-party custody to create a permissioned Bitcoin sidechain via a federation of exchanges and other notable entities in the Bitcoin space.

“Lightning Network and the Liquid sidechain are not in our current plans or roadmap but we are always evaluating new and innovative alternatives and collecting customer input on use cases, importance and priority,” Zielke told CoinTelegraph.

Notably, both Lightning and Liquid are available on BTCPay Server, which was originally launched as a protest against BitPay during the drama around the Bitcoin block size debate.

Stablecoins have seen dramatic growth in 2020 and Zielke said BitPay has also seen exponential growth in stablecoin usage — even though it remains a small part of the overall mix.

“BitPay launched PAX, GUSD, and USDC last year and BUSD this year,” said Zielke. “Since then BitPay has seen stablecoins grow to about 2% of its overall volume in dollars and has successfully processed several thousand stablecoin transactions.”

Zielke said the number of stablecoin transactions processed by BitPay is doubling every quarter.

More generally, BitPay has seen a big increase recently in crypto payments for everything from everyday grocery items to things like gift cards and purchases related to online gaming.

“BitPay believes much of the increase in crypto spending – for both necessities and other fun items – is a result of people being at home because of the virus.”