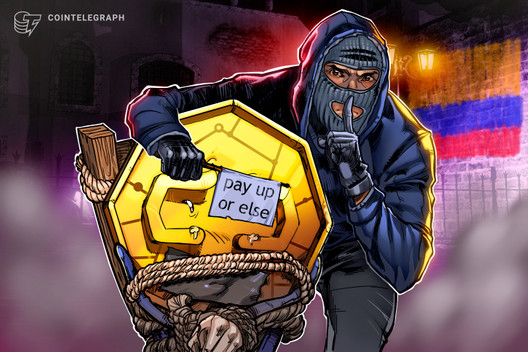 A Colombian National Police report revealed that the country is the preferred target for ransomware attacks in Latin America.

A study unveiled on May 28 by the National Police of Colombia shows that ransomware attacks are a rising trend across the country. The report notes that 30% of all ransomware attacks within Latin American have specifically targeted Colombia.

The report, made in alliance with Cisco, McAfee, Microsoft, Absolute, Fortinet, and Claro, states that the threat of ransomware in Colombia is “underestimated.”

The quantity of Colombian attacks are followed by Peru (16%), Mexico (14%), Brazil (11%), and Argentina (9%), with SMEs being the preferred targets of cybercriminals.

The study shows that 83% of companies in the country lack response protocols necessary to handle the violation of information security policies.

The preferred method for attackers continues to be the massive sending of phishing emails. A high percentage of clicks come from victims who open links with ransomware attached.

The main threat is Lockscreen Ransomware, which prevents the targeted system from being use by locking the home screen. It also avoids the protection of antivirus and firewalls.

Ransom payments generally range between 0.5 and 5 Bitcoin (BTC), depending on the current price of the cryptocurrency.

Up to $1 million ransoms collected through 2019

The study also says that the COVID-19 crisis has helped increase the number of ransomware attacks in the country, which is a pattern that has been repeating itself in other countries.

Cointelegraph also reported on March 14 about a report by DomainTools which unveiled new ransomware that took advantage of an Android app to install an attack on consumer devices.

Slovakia-based antivirus software provider, ESET, also discovered a trojan that can steal crypto. It is especially widespread in Latin America.