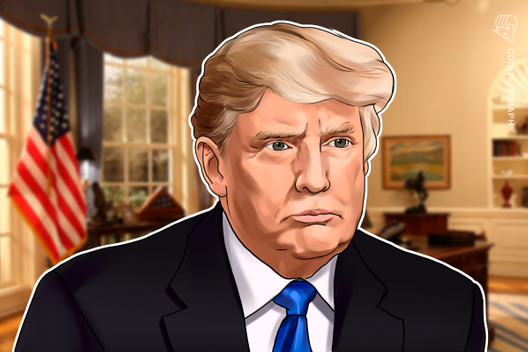 "This will be a Big Day for Social Media and FAIRNESS!" Trump tweeted on the morning of May 28.

Social media powerhouse Twitter recently flagged certain tweets with a fact-check tag. The platform flagged some of Trump's posts about voting and ballots, pinning a noted under the tweet. The note stated, “Get the facts about mail-in ballots,” in blue, complete with an exclamation point, CNBC reporting showed.

"Twitter is now interfering in the 2020 Presidential Election. They are saying my statement on Mail-In Ballots, which will lead to massive corruption and fraud, is incorrect, based on fact-checking by Fake News CNN and the Amazon Washington Post."

Related to the whole social media scene, many crypto YouTubers have seen their channels banned or flagged over the last six months. December 2019 showed a number of top crypto YouTuber bans and strikes, which affected influencers such as Ivan on Tech and Chris Dunn. Spring 2020 saw another censorship wave, this time including trader Tone Vays.

Many crypto YouTubers saw their accounts restored following their troubles, although the restoration periods varied. YouTube sidelined the CryptosRus channel for weeks, even after multiple appeals. A brief scan of the platform indicates his channel is still down as of press time.

Current guidelines give internet entities broad liability immunity, the ABC article detailed. The executive order aims to give that immunity parameters, preventing overarching censorship. The draft also includes several other aspects, such as the First Amendment's place on the web.

"In a country that has long cherished the freedom of expression, we cannot allow a limited number of online platforms to hand-pick the speech that Americans may access and convey online," the president said, as quoted by ABC.