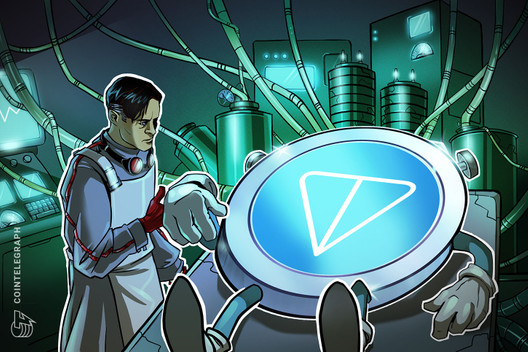 As the official TON team transfers the TON development to “free source community,” the Chinese TON Community launches their own TON network.

While there are at least two global TON-based initiatives so far, namely Free TON and NewTON, the Chinese TON Community has opted to launch their own TON network.

In a May 29 blog post, the Chinese TON Community voiced its intention to launch a separate TON-based network. The new effort comes in response to Telegram CEO Pavel Durov officially shutting down the firm’s involvement in the project, the post notes.

Blockchain testnet is a first step

The community plans to launch their own TON blockchain testnet as well as roll out a project website. Similarly to initiatives like Free TON, the Chinese TON Community will be seeking to recruit more participants to develop the network. The blog post reads:

“We plan to start the TON Blockchain testnet in the first step, recruit more nodes and developers to join the network and test the network, and then redesign network rules that are more adapted to the current context, and invite more people to experience and use TON.”

The announcement also points out some major problems associated with community-led TON initiatives, including problems of initial allocation, lack of integration with Telegram messenger as well as lack of developer incentives.

Tooz Wu founded the Chinese TON Community in May 2019

After initiating the community in May 2019, Wu started a Telegram community group in October 2019. Speaking to Cointelegraph, Wu said that he is also a member of the TON Community Foundation, an independent global community of TON developers.

Alongside being a key figure behind the Chinese TON Community, Wu is also a creator of TONbus.com, a website that brings together major TON-related sources. Wu is also known for translating Telegram's TON white paper into Chinese.

TON officially passes the torch to the “free source community”

As the Chinese TON Community is preparing to launch their own TON network, there are at least three TON-based blockchain successors to date.

Apparently, these communities are not getting along too well. In a May 7 tweet, the Chinese TON Community explicitly criticized Free TON, claiming that the initiative does not represent the actual TON community:

Earlier this week, the original TON development team announced that their efforts have been “redirected to other projects.” In a May 24 statement, they noted that the “principal development of the TON code is transferred to the free source community.”