When the now legendary Satoshi Nakamoto first unleashed Bitcoin on the world, a strong element of its appeal was that here, at last, was a truly stateless currency. One that governments and financial institutions would have no say in running and which would be free from all links with fiat currencies.

For quite a while this remained the case. But once the blockchain technology behind not just Bitcoin, but all cryptocurrencies, became more widely understood, it started to attract more and more attention not just for its role in facilitating cryptocurrency transactions, but in the transfer of all kinds of data.

Naturally, the banks and financial institutions were some of the first to start exploring its possibilities. The interest was widespread too. In a report put together by Accenture Mobility it was found that 90% of the executives questioned stated that their banks were actively seeking ways to use blockchain technology. Governments have also now come on board and started to make tentative steps towards using it in a number of applications.

So, already, the original principles of the crypto revolution have started to be eroded. The next step may be more surprising still: it would seem to be that there is now a race for different parts of the world to earn the title of blockchain’s capital with three, in particular, leading the way.

In the case of Africa, no single country is in the running. Rather, it’s a continental desire to become preeminent. There are several reasons why Africa is a strong contender and these fall into a number of areas. Firstly, huge numbers of the population have no bank accounts nor any real access to one. But the growth of both internet access and mobile phone ownership – with a projected 725 million users by the end of 2020 – means the potential is genuinely huge. Add to this the plethora of different currencies that need to be exchanged across the continent and the argument for widespread blockchain use becomes even more compelling.

Then there’s the question of individual economies that are struggling, with Zimbabwe being a prime example. Not so long ago the country was having to print trillion-dollar notes to deal with the situation. As a reaction to this, more and more people started turning to the comparatively stable Bitcoin instead. So there’s a good reason why even Twitter CEO Jack Dorsey has pronounced that Africa may be the future of Bitcoin and the blockchain tech behind it.

There are also a large number of start-ups across the continent focused on blockchain tech. These include the South African company Sun Exchange that is involved in solar energy projects, and Ghana’s Bitland, which is revolutionizing land registry processes across the country. 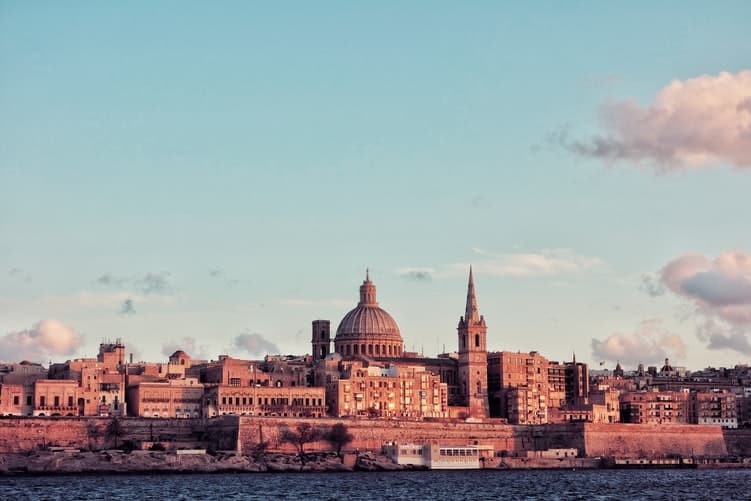 The Mediterranean island has always been a haven for forward-thinking industries, with one of the most notable being online casinos and associated industries. For example, companies who have made Malta their home include NetEnt who provide much of the software for the gaming world. It’s obviously very advantageous to be close geographically to many of their Malta-based clients including large organizations like Betway Casino who are also based there. In fact, Betway were one of the first wave of businesses to set up on the island and have gone on to offer both traditional online games and a “live” casino experience.

The concentration of these kinds of organizations has created a true hub of expertise and collaboration, as well as seeing the rise of a thriving micro-economy of ancillary service providers. The authorities in Malta therefore devised a policy to build up a similarly outstanding blockchain industry. However, it has subsequently proved to be more than a little problematic.

At the heart of the matter is the fact that the regulations set out to gain a licence to operate have proved to be too demanding. As a result, an estimated 70% of applications have failed to meet the required standards. Even well-respected and established companies like the Palladium Exchange, launched with much fanfare in 2018, have failed to make the grade.

The third candidate for the title is also sometimes referred to as “The Start Up Nation” and this gives a clue as to its credentials. Against the backdrop of a fairly relaxed regulatory framework, Israel has already seen many blockchain and cryptocurrency businesses be launched. Amongst these are the cybersecurity experts, Whitestream and diamond and fine gem traders, Carats. Other leading examples include the appropriately-named Wave who use blockchain tech to handle complex shipping agreements and documentation and Colu, innovators in buying goods online and arranging their physical storage.

In a further bid to become blockchain capital of the world, it’s also believed that the Israeli government is in fairly advanced negotiations with the national bank to launch a cryptocurrency as a state-sponsored alternative to Bitcoin and the like.

So, of the three, it would seem that it may be Israel that may be leading the way to succeed in its quest. But, as anyone who’s followed the crypto and blockchain story will know, it’s a world in which nothing can ever be 100% certain.