However, as the years progressed, it became increasingly harder for small-scale Bitcoin miners to run profitable operations.

This is because large scale Bitcoin ‘mining farms’ started to pop up in which the operators invested a great sum of money to set-up. Once these Bitcoin mining farms started to gain traction, it became very difficult for the solo Bitcoin miners to be able to remain profitable. Many of them ended up switching to different blockchains and some of them closed their solo mining operations altogether.

In Bitcoin mining a miner has a number of factors to take into consideration.

Firstly, miners have to be able to make an investment into the bitcoin mining hardware to conduct actual mining. Originally, the CPU (Central Processing Unit) and GPU (Graphics Card) on your home computer was powerful enough to easily mine every day. However, over time, manufacturers started to make specialized devices to mine Bitcoin which are called ASICs.

These ASICs drove other bitcoin mining equipment out of the market as it became highly unprofitable for CPU and GPU bitcoin miners to compete with the hashing power (the amount of effort that a mining device puts into the mining process) that ASIC units can provide. This is because the ASIC units are specialized devices that are built to just conduct one operation – mining. They run extremely efficient for this process and are pretty worthless when it comes to the majority of other tasks.

If the Bitcoin miners can afford the investment into the ASIC devices then they also have to consider the electricity costs associated with mining. Mining devices require a great deal of energy to drive them in the process and when many of them are linked together in a mining rig, these electricity costs start to mount up. They can get so high that the mining operation might even become unprofitable from time to time.

How long does it take to mine 1 Bitcoin?

How long it takes to mine 1 Bitcoin depends on a number of different factors that include the type of equipment that a bitcoin miner is using, the amount of computing power per second that the miner provides to the network, and a certain level of luck that is involved with mining Bitcoin.

To be clear, Bitcoins are mined every 10 minutes. This is because the complex mechanisms behind the Bitcoin code are designed to keep a ‘Block Time’ of 10 minutes by adjusting the ‘difficulty’ of the mining process according to the current hashing power. If the hashing power is relatively high, the difficulty of mining will increase to ensure that, on average, a block is found every 10 minutes.

Once a block is found by a bitcoin mining operation, a bitcoin block reward is released inside the block with a number of Bitcoin inside it. This mining reward is variable and it is reduced every 4 years in what is known as a Block Halving. Currently, the number is 6.25 BTC that is released with every new block that is found.

Now, let us assume that a Bitcoin miner is mining using a piece of mining hardware known as the Bitmain Antminer S19 Pro. This is a very popular ASIC device amongst Bitcoin miners and is one of the most popular on the NiceHash Bitcoin mining pool. The ASIC device provides up to 110 TH/s (Terrahashes per second) in mining hashing power to the network per device whilst using around 3250W of electricity.

If the miner was to just have one of these devices, they would mine a total of around ₿0.02741 per month. This equates to around ₿0.3335 per year. Extrapolating these stats, it would take the miner just under 3 years to mine 1 BTC.

Now if the miner was to expand his ‘mining farm’ to include a larger number (let us say 10) of these Bitmain Antminer S19 Pro devices then they would be mining a total of ₿0.2741 per month. In this case, it would take the miner only just 3 and a half months to mine 1 Bitcoin.

How much does it cost to mine 1 Bitcoin?

On average, data from the analytical firm, Tradeblock, states that it costs around $12,500 to mine one Bitcoin after the recent block halving event. This is quite substantial but it is important to note that costs are very variable depending on the equipment used and your location.

The cost of mining can simply be split into two separate categories; 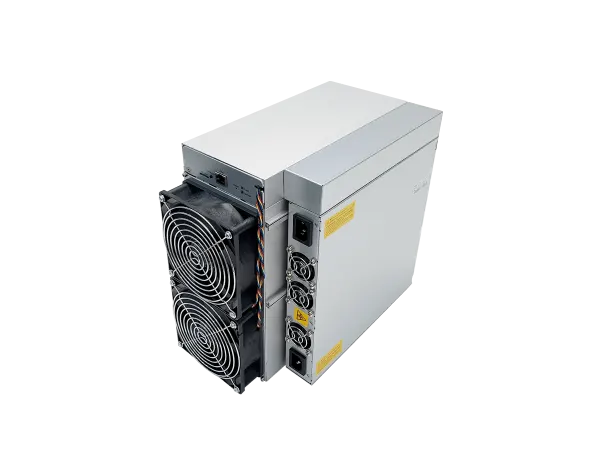 The cost of this device ranges between $2,500 and $3,500 and is considered to be an investment as it should return a profit. Taking the lower bracket of this range, it would take a total investment of $25,000 to purchase 10 of these devices to enable a miner to mine 1 BTC every 3.5 months.

This would be his total fixed costs for the hardware needed to mine. The miner would also have to take into consideration the costs associated with housing the mining rigs and the additional costs it might take to keep the mining devices cool enough to run efficiently.

Of course, there is a wide selection of different devices that a miner can choose from and this is just one option.

The price of electricity is the biggest cost to consider whilst mining. The process that is known as Proof-of-Work requires a great deal of electrical energy to run the mining rigs that mine Bitcoin. When considering the electrical costs involved with mining the miner will have to include the cost of electricity in his region and the total amount of power that the mining device uses.

The cost of electricity ranges depending on which country you reside in. For example, the total electricity cost per kWh is fixed at $0.35 in Germany. Whilst in Egypt, the kWh cost is just $0.04.

Going back to our previous example of the Bitmain Antminer S19 Pro, we know that this unit uses up 3250 Watts of power to run. Now, if the miner was in Germany, and was using just one of these devices, it would cost the miner a total of $10,250 in just electricity costs per year to keep the miner running with an electricity price of $0.35 per kWh.

For a miner in Egypt, running the same device, the cost would be just $1,138 to run the mining device each year.

It is important to remember that a miner would not just be using one of these devices as it would take them almost 3 years to be able to mine just 1 BTC.

If the miner was to be using 10 of these Bitmain Antminer S19 Pro devices, the total power consumption would 32,500 Watts. In this case, it would cost the mine in Germany $99,000 to keep his operation running. This would be highly unprofitable for the German miner. On the other hand, to run 10 Bitmain Antminer S19 Pro devices in Egypt would cost the Egyptian miner just $11,390 in electricity costs per year which would result in a profit of $17,630 for the Egyptian miner.

For a miner in the United States, the same operation, with 10 Bitmain Antminer S19 Pro mining devices, would cost a total of $42,710 to run per year with an electricity cost of $0.15 kWh.

How can I mine Bitcoin at home?

Mining at home would be a very difficult operation to conduct efficiently. In order to do this, you would need a location that is big enough to house the mining operation and has electricity costs that are low enough to make the operation profitable. This is almost never the case within the majority of households.

Sure, you can go ahead and buy 10 Bitmain Antminer S19 Pro mining devices and set them up at home but that would take a lot of effort and time in setting them up and maintaining the device throughout the year. Not to mention the fact that your electricity bill will go through the roof!

Additionally, mining at home comes with its own problems such as hardware failure which can be pretty time costly to fix, power outages, and internet failure. Furthermore, when the price of Bitcoin crashes, the mining operation could easily be totally ruined and very unprofitable.

Instead, it is best to take another route for mining Bitcoin at home.

One option is to buy a couple of mining devices and set them up at home to join the mining pools. Mining pools is a service in which miners around the world pool their mining power together to mine together. This increased the miners’ chances of being able to find blocks and reduces the variance in their payouts. Once the mining pool finds a block, the miners are rewarded according to how much hash rate they had contributed toward the network.

Another option is to take part in a process known as cloud mining. In this process, a miner would rent the computing power from a cloud mining operation and be entitled to receive any of the Bitcoin from the hashing power that was rented.

To do this, a miner would have to purchase mining contracts which would allow the miner the rights to the hashing power from the remote data center of the mining operation.

This is a great option for mining at home because it does not involve maintaining any hardware equipment. Furthermore, it does not even involve any additional electricity costs to your home bill as everything is priced into the mining contract.

However, one of the biggest problems with cloud mining is the sheer amount of scams that are in the industry. If you are to go down this route, it is imperative that you do your own research to find a cloud mining provider that is honest and secure.

Can I mine Bitcoins on my PC?

Put simply, no. The mining process has become far too difficult to mine profitably on your own PC at home. Sure, you can go ahead and mine on your PC but you would be spending more on electricity costs than you would be earning in cryptocurrency.

Additionally, you are likely to reduce the lifespan of your home PC with the extra strain that would be put on it with the mining process.

As an example, let us assume that you have a very powerful gaming PC at home and are lucky enough to get one of the Nvidia GeForce RTX 2080 Ti graphics cards inside it. These Graphics Cards takes a total of 257 Watts of power and produces around 51 MH/s.

If you were to mine Bitcoin using this graphics card then you would be mining around a very low amount of just around 15 satoshis per year. Which does not even equate to $0.01 in US Dollar terms? This is without evening mentioning the $225 electricity cost it would take to turn the miner in the year.

If you are in this situation you should either just use your home PC to play some epic games or use it to switch to another blockchain.

For example, you could use this graphics card to mine the Ethereum blockchain. If you were to run it for one year, you would be able to mine a total of around 1.23 ETH per year which would result in a $24 profit on the year when taking into consideration the $225 electricity cost to run the miner.