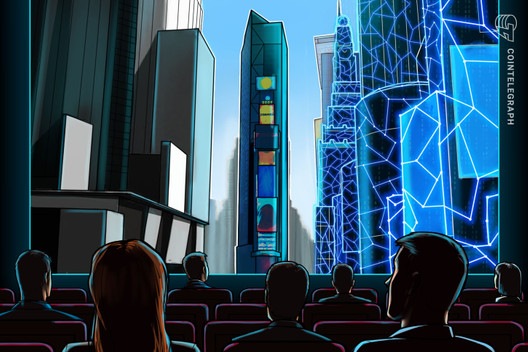 As with most of the globetrotting crypto and blockchain set, I find myself grounded. Me, in my Manhattan apartment for the past several months, watching the COVID-19 pandemic grow out of control while systems break down in spectacular fashion and frighteningly few politicians provide effective leadership. Compounding the effects of the health crisis is the ensuing economic crisis, which has left historic levels of Americans unemployed and has wiped out entire industries. Many are wondering how the United States, one of the richest and most powerful countries in the world as well as the center of global innovation, managed to fail in such a spectacular way.

Then, on Memorial Day, which in the U.S. is a day to commemorate those who gave the ultimate sacrifice to country, as well as a time for family and friends to gather, the world witnessed George Floyd’s horrific murder at the hands of police. What followed were large-scale protests, not seen in the U.S. since the Civil Rights Movement, of police brutality, systemic racism and systems that neither serve nor protect all citizens. After all of this, I can understand why many conclude that America is broken and an empire in decline. It certainly can seem that way.

But what if we approach the brokenness of the U.S. as an opportunity to make profound change for the betterment of society? What if this is the generational moment for economic and societal change, the likes of which we have not seen since the Civil Rights and Women’s Suffrage movements?

What if the U.S., with its deep and vast brain trust of technologists, activists, entrepreneurs, policy makers, enterprise executives and academics, takes this opportunity to rethink, remake and reshape fundamental American infrastructure and government, financial services, healthcare and supply chain systems to embrace the digital future and create a more equitable society? To be clear, technology alone cannot solve the problems of society, and if technological reforms are not implemented thoughtfully, they threaten to further entrench bad outcomes.

Let us start with the smartphone as an example. The pocket-sized supercomputer with video recording capability is now the single-most effective hardware companion in exposing instances of racism and police brutality. Coupled with social media platforms, this device has exponentially grown grassroots movements for social justice and change. Technology can indeed change the course of history and society for good. However, that is not enough.

Vast swathes of the American private sector have adopted technology, digitization and blockchain technology. Guess which sector has not done such a great job.

One former New York State Assembly Chief of Staff told me that after winning the district’s election, they walked into their district office to find there were still typewriters, along with a few old computers in use. It was 2017!

It gets worse. During the pandemic, some Cobol programmers were called out of retirement to help, as over half of states, including New York, California and Pennsylvania, are still using outdated mainframes that rely on Cobol to run critical systems like unemployment claims processing. For those who don’t know, Cobol is a programming language that was designed in 1959, about 61 years ago. And this is not a problem without consequences: The Washington Post reported that the Internal Revenue Service’s outdated systems “required multiple coding changes, and the agency has at least 16 other databases with taxpayer information, none of which easily can communicate with the other,” resulting in issues distributing $1,200 relief checks.

Upgrading government software systems is necessary for many reasons including security, personnel management, and most importantly, to increase trust and improve service delivery.

As bad as legacy systems may seem, there are opportunities for blockchain and other emerging technologies to become the embedded architecture of the next generation of digital infrastructure, creating a “digital superhighway” for easy payments, secure information sharing and more. Certain government departments have taken notice.

For example, a March 2020 U.S. Department of Homeland Security memorandum lists “blockchain managers” in food and agriculture as critical infrastructure workers. Furthermore, an April 2020 report from the U.S. Department of Transportation focuses on blockchain applications for unmanned aircraft systems. There is also an ongoing DHS Silicon Valley Innovation Program accepting applications for blockchain-based solutions that combat forgery and counterfeiting of certificates and licenses. The U.S. military, a harbinger of technological innovation, has also awarded multiple grants to companies developing blockchain-based supply chain solutions. Its next deadline is July 10, open to U.S. and international companies.

Beyond software systems, there is a bigger opportunity here: upgrading the way different departments, divisions and states collaborate. Reworking current information silos and systems will likely require legislative reform. Bureaucracy will always be part of government, but shouldn’t we question the whole apparatus and demand better? These problems are most significant in the healthcare system, as detailed in a 2018 U.S. Department of Health and Human Services report:

“Whether surveillance, survey, or claims data, HHS expends an enormous amount of financial resources to report on the state of the health of the population it serves. These data, however, are largely kept in silos with a lack of organizational awareness of what data are collected across the Department and how to request access. Each agency operates within its own statutory authority and each dataset can be governed by a particular set of regulations. As such, each discrete analysis of the data often gets reviewed for legal purposes and leads to data sharing occurring largely on a project-by-project basis. The individuals involved negotiate the nature and extent of data sharing arrangements often based on past experience and personal relationships. The process can lack transparency, transferability, accountability, and consistency.”

There are many examples of legacy government systems dating over 60 years, and a lack of funding to upgrade these systems, but what is most glaring and in need of upgrade?

The people developing policy and legislation in a digital world, the majority of whom do not grasp how much or how our world has changed because of technology. For example, of the 435 elected officials in the U.S. House of Representatives, and the 100 elected officials in the U.S. Senate, there are only a handful of legislators well-versed enough to understand how digitization, including blockchain and digital assets, is impacting nearly every aspect of our daily lives. They do not reflect the demographics, nor the diversity of the U.S.

Let’s start with age: The average age in the House is 57.6 and 62.9 in the Senate, the oldest in U.S. history. Why is this important? It is not about ageism. It is about growing up in a world of digital natives and digital thinking. If a politician is truly going to represent their constituents, then they must understand the issues impacting younger generations. While some curious baby boomers have learned, adapted, and are key influencers in positions of power, many do not understand or do not attempt to understand, which has disastrous consequences for society.

We live in an increasingly data-driven world. The digital economy is growing and accelerating due to the pandemic. As such, governments and enterprises must invest in digital infrastructure to survive and better serve citizens. In the end, while some may disagree, we have a people problem — a mismatch of non-digital savvy policymakers and legislators who are running a country and society that is leaping forward. We need a new generation of elected officials versed in technology, who understand the benefits as well as dangers.

The key ingredients for change are: 1) transition of policy making power, 2) preparation for digital skills of the future, 3) stakeholder capitalism, and 4) power back to people in the form of self-sovereign identity and ownership and rights of personal data.

I am going to focus on transitioning policy-making power here, as it will take the longest to change. The technology community, especially in the U.S., needs to consider running for office. Recently, we saw Andrew Yang run for president and bring the consequences of automation and the idea of a universal basic income into the national conversation. While reasonable people can disagree about his policy proposals, it is hard to deny that he tapped into a segment of the population that wants more data-driven, fact-based policy and less political posturing. There are other examples from around the country, but there are still not enough.

The blockchain and crypto community needs people to roll up their sleeves and run for office across all levels, and to create funds and resources to support those who do run for office.

If we want society to truly change for the better, we need to have people in office who understand the challenges, opportunities and risks of emerging technologies, including blockchain and digital assets. We need policymakers who understand the importance of technology and education. This needs to be a singular focus, akin to putting a man on the moon in the 1960s. The U.S. needs leaders in government who understand that we need to shore up our data security, data privacy and data monetization as part of a citizen’s rights and as a matter of national security. Emerging technologies such as crypto assets and blockchain are cutting across multiple industries with a proliferation of use cases from payments to identity, tracking and tracing, and beyond. We need a government that understands governing with the tools of the present and future, not those of the past century.

We are beginning to see positive movement toward this upgrade, but the U.S. needs a brave, grand plan for a digital economy. We need to build the next digital superhighway for the benefit of all. We need to step up now.

“It often requires more courage to dare to do right, than to fear to do wrong.” Abraham Lincoln.

This is part one of a multi-part series on technological innovations with the focus on the United States.

Sandra Ro is CEO of the Global Blockchain Business Council, the industry’s leading nonprofit organization building bridges across multistakeholders to grow the next multi-trillion-dollar industry. She is an angel investor, start-up founder and advisor for emerging technology companies that help solve real world problems. While head of digitization at CME Group, Sandra is a long-time crypto holder and one of the earliest enterprise advocates for crypto assets as a distinct asset class.