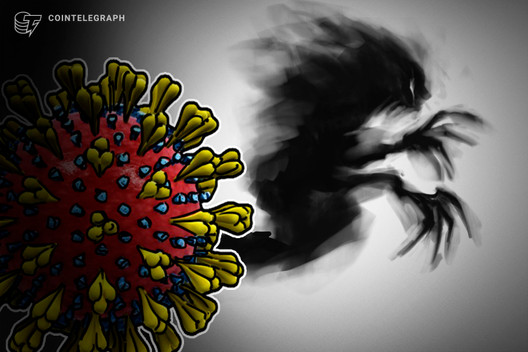 The president of the Minneapolis Federal Reserve calls for stricter lockdowns to help save the economy.

The president of the Minneapolis Federal Reserve, who once claimed the Federal Reserve was flush with cash, called for a nationwide lockdown to fight COVID-19.

In an op-ed in The New York Times, Neel Kashkari and co-writer Michael T. Osterholm of the Center for Infectious Disease Research and Policy at the University of Minnesota said a more restrictive lockdown of up to six weeks is necessary to fight the virus and save the economy.

Kashkari and Osterholm said the U.S. “gave up on our lockdown efforts to control virus transmission well before the virus was under control.” For them, there is no trade-off between health and the economy, but, for a lockdown to truly work, only truly essential workers must be allowed to work.

They said the problem with the earlier lockdowns from March to May was that some states deemed a large portion of its population essential workers. But the Economic Policy Institute said only 39% of workers in the U.S. are essential.

“If we aren’t willing to take this action, millions more cases with many more deaths are likely before a vaccine might be available. In addition, the economic recovery will be much slower, with far more business failures and high unemployment for the next year or two. The path of the virus will determine the path of the economy. There won’t be a robust economic recovery until we get control of the virus.”

Kashkari previously said the Fed had infinite cash. As Cointelegraph previously reported, this kind of quantitative easing strategy provides long-term benefits for Bitcoin and other cryptocurrencies. The pandemic and economic recessions usually offer people ample opportunities to invest in non-traditional assets such as crypto.

Lockdowns due to COVID-19 vary state by state. For example, New York entered Phase 4 of re-opening as of July 20, allowing the opening of zoos, resumption of sporting activities sans spectators, and the resumption of film production activities. Some states, however, paused reopening.