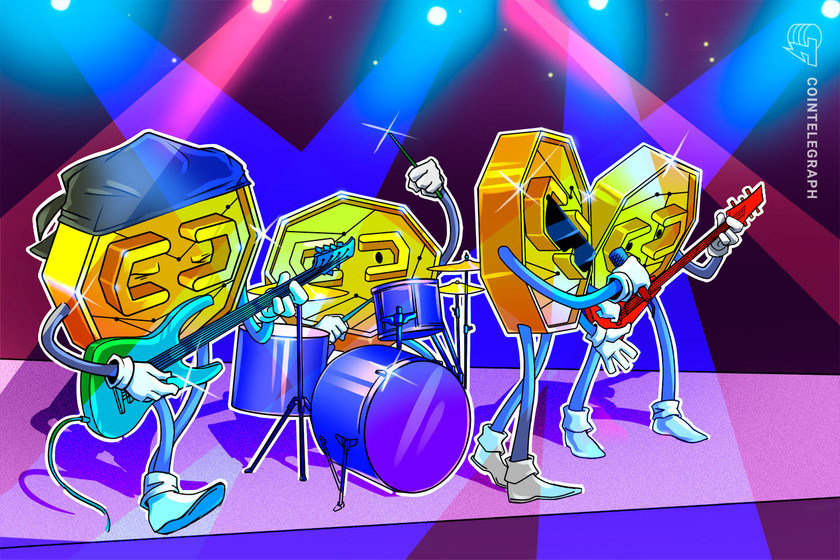 Selah is offering fans the chance to acquire exclusive merchandise and experiences through its own cryptocurrency.

Followingthe group’s latest album debuting at number one on the iTunes Christian Music chart, the 3CR8 token will give fans access to exclusive benefits such as private messages, video chats and signed merchandise.

Selah, meaning “pause” in Hebrew, is a true giant of the Christian music genre, notching up 4 million albums sold and 10 Gospel Music Association Dove Awards in over two decades of making music.

Step Into My Story is the trio’s 16th album release and the first on its own 3Cre8tive record label, after which the tokens were named.

At launch, fans will be able to spend $200 worth of 3CR8 tokens on a live 10-minute video call with a band member, $150 of tokens on a personalized greeting, or $20 to purchase a signed album on compact disc.

While the 3CR8 token is designed to promote fan engagement, Selah understands that cryptocurrency is more than just a marketing tool, as vocalist Todd Smith explains:

"I grew up in Congo, Africa, where my family founded the Laban Bible Institute and started a medical dispensary, a women’s literacy program, and a far-reaching radio station. Having witnessed firsthand the strangling devastation of economic inequality, the equalizing potential of cryptocurrency and its ability to remove suppressive financial barriers, globally, is thrilling."

Rally is an open platform allowing creators to launch their own cryptocurrencies, minted on a private Ethereum sidechain. Pricing and supply for each “creator coin” is determined by a token bonding curve, meaning that the more coins that exist, the more expensive those coins become.

Minting a social token costs the creator nothing, and the use of a private side chain allows the platform to implement features such as fiat on-ramps.

Rally co-founder Mahesh Vellanki told Cointelegraph that the vast majority of creators and fans don't use crypto at all, so this solution simplifies the onboarding process to help bring more users into crypto:

“There will be a small minority of crypo-native users who will want to mint their own ERC-20 token directly on Ethereum so that it's maximally trustless and they can experiment with complete control, but that is not Rally’s target market.”

Fans can purchase a creator’s coin with credit or debit cards or cryptocurrency. Tokens can be redeemed either for creator-themed merchandise and experiences or for the USD Coin (USDC) stablecoin.

Selah claims to be the first artist in the Christian music genre to launch its own cryptocurrency.

However, while the potential to expose a whole new swathe of music fans to cryptocurrency is always welcome, Selah has some way to go if it wants to top Akon.

The U.S.-Senegalese musician and rapper, who credits his success to his Muslim faith, has also launched his own cryptocurrency. Although rather than merchandise and personal messages, Akoin will be used to power the futuristic Akon City being developed in Senegal.